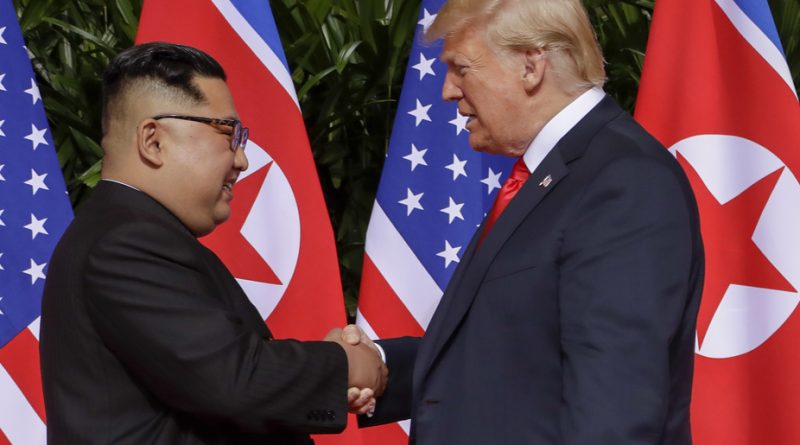 What was really achieved in this meeting?

Since last year, North Korea and the United States have been in a heated quarrel, threatening each other with military confrontation. With gradual improvement, news broke in early March that Kim Jong-un had invited U.S. President Donald Trump to negotiate about North Korea’s nuclear program. Trump accepted the invitation and proceeded to set up the date and location for the first meeting between the two.

In 2017, North Korea reached two major milestones. They successfully test fired their first Intercontinental Ballistic Missile (ICBM), capable of reaching Alaska, and they claimed to have developed their first hydrogen bomb. Whether or not it their claim is confirmed, a nuclear test showed North Korea’s most powerful recording, an estimate of 250 kilotons. North Korea had been deeply considering negotiations on their nuclear program with the U.S. but was not willing because of the ‘hostile rhetorics and posturing’ from Trump.

With the plans of negotiations, the relationship between North Korea and U.S. has been optimistic. The U.S.’s plan to denuclearize North Korea might follow the “Libya Model”, which was proposed by John Bolton, Trump’s new national security advisor. This was when Libyan leader Muammar Qaddafi gave up his promising nuclear program in exchange for sanction relief in 2003. He was brutally killed a few years later by U.S.-backed rebels. Even though North Korea just started talks of denuclearizing in April, Trump did not want to lift sanctions. Nevertheless, Trump announced that the unprecedented meeting would resume.

What was covered during the Summit?

The United States have put sanctions on North Korea in an attempt to penalize them for continuing in the nuclear program. There are speculations that the U.S. will lift the sanctions once North Korea completely shuts down their nuclear program. As well, Trump unexpectedly announced that the U.S. would suspend joint military exercises in South Korea, quoting that the exercises were “expensive” and “very provocative”. However, neighboring countries such as China, Japan, and South Korea expressed their concerns of their withdrawal from the region due to North Korea’s volatile presence. On the other hand, North Korea vaguely promised to shut down their nuclear program though their remarks are labeled as inconsistent because they have not previously upheld guarantees. Some believe that Trump’s incentives to remove their military presence and sanctions are spurious. Others believe that Kim will not remove his nuclear program for the fear of U.S.’s aggression.

Last Tuesday in Singapore, Trump and Kim concluded a historic nuclear summit with Trump pledging undefined guarantees and Kim’s agreeance in recommitting to the completion of denuclearization. There were unspecified details and discussions on how they were going to implement their plans. Both sides made a lot of promises but many are skeptical whether they will be actually following through with them.

“The U.S. and North Korea On The Brink: A Timeline.” PBS, Public Broadcasting Service, www.pbs.org/wgbh/frontline/article/the-u-s-and-north-korea-on-the-brink-a-timeline/.