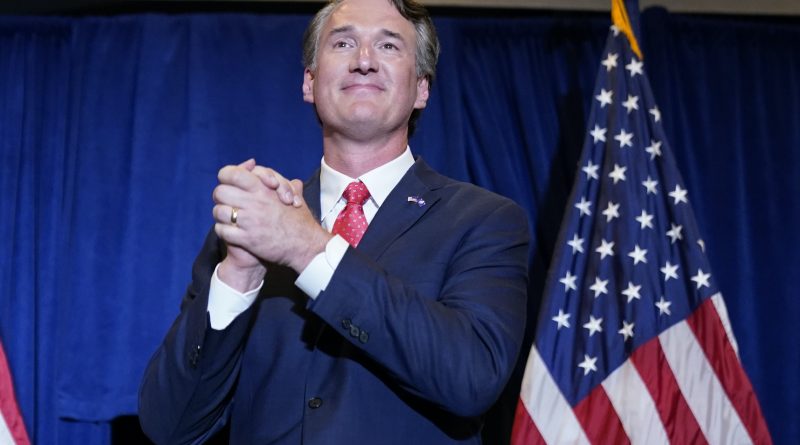 What could this mean for next year’s midterms?

On November 2nd, 2021, Virginia held their gubernatorial election to elect the new governor. The race was between former governor Democrat Terry McAuliffe and Republican Glenn Youngkin. The race was very close but experts believed McAuliffe would come out on top; however, Youngkin won the election early Wednesday, becoming the first Republican statewide official there in twelve years. This loss was a blow to the Democrats and Joe Biden, who won the state by ten points in 2020.

Another point of contention was education. Throughout his campaign, Youngkin argued parents, not school boards, should decide what their children learn and read in schools. On the contrary, Mr. McAuliffe said in a September debate, “I don’t think parents should be telling schools what they should teach.” This issue was particularly potent  in Republican areas, and in Democrat suburbs, spurring high voter turnout.

Mr. Youngkin, who ran without the support of Trump, managed to rally the Trump base to his side. The day before the election, he said, “If you vote to keep the radical Democrat machine in power, they’ll totally ruin that very special place where you live and they’ll wreck the schools. They’ll crush your property values, and they’ll be in a position where you’re going to be totally powerless to stop them in the future.” Youngkin drove the law and order platform, opposed mask mandates, and embraced Trump Voters and the Trump approach to politics as well as many of Trump’s messages. However, he stayed distant from the former President. In this way, Mr. Youngkin has appealed to voters that agree with Trump’s ideas, but are uneasy about the man himself.

This election served as an unofficial first major test of voter sentiment with Joe Biden since he took office and showed a growing frustration. The trends set by this election may continue to spread into the midterm election if the Democrats and President Biden continue on their current paths.

Much can be learned for both parties after this election. The Democrats can understand that, with Trump out of office, they can’t run based solely on opposition to the former president. It may also show that voters are growing impatient with congressional Democrats’ inability to pass the massive infrastructure bill proposed by Biden. Perhaps it may jump start the Democrats into action so they can recover their footing before the midterm elections come around

The GOP can also learn lessons from Mr. Youngkin’s strategy of using the Trump message and attracting the Trump base without actually endorsing Trump as a politician. If the GOP adopts this, they may attract thousands of voters who agree with Mr. Trump’s ideas but are distrustful or apprehensive of the man himself. Applying that could secure crucial votes for the Republicans.