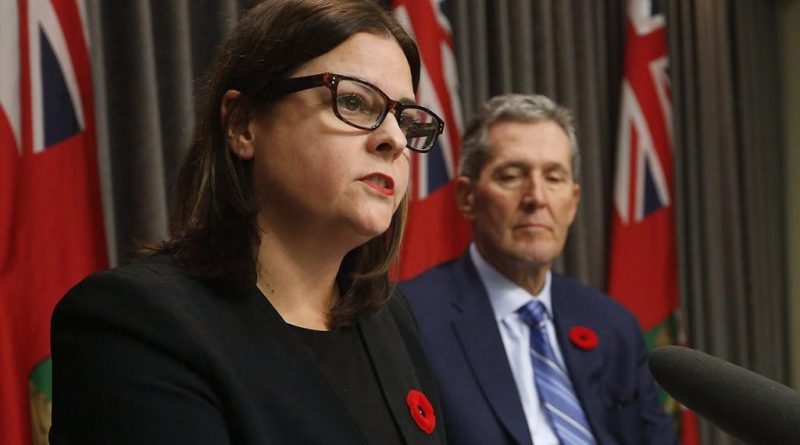 Brian Pallister of the progressive conservative party—the leading political party in Manitoba —was Manitoba’s Premier until September 1st of this year. He announced this August that he will be stepping down from the Premier, thus opening the position for a new Premier. His resignation is likely to be caused by his declining popularity among Manitobans. CBC reported that his popularity has “plummeted in recent months amid criticism of his handling of this pandemic.” Additionally, he made racially sensitive remarks which exacerbated the public opinion.

The new Premier will be determined through an internal PC party election. Each of the 16,000 PC members will get a vote. The requisites for running were also quite harsh; one must pay a sizable amount of money and must be well established in order to run. The premises were so severe that only Shelly Glover and Heather Stefanson participated in this race.

The election was carried out on October 30th, and Heather Stefanson won by a margin of 363 of the 16,000 total votes, or a total of 51 percent. Glover received the other 49 percent of votes and refused to accept defeat. Stefanson was hastily sworn in as Manitoba’s premier three days later on November 2nd.

On the morning of November 4th, Glover made a motion to the Court of Queen’s Bench declaring that the election had “substantial irregularities affecting the result in the counting of the votes” thus requiring a new vote. She made this claim on two bases. First, she says that her campaign was told that there were 16,045 total ballots while the party announced that there were 16,546 total ballots. Second, she claims that a ballot box was removed from the hotel where the ballots are counted. One of her scrutineers—ones who make sure the rules are respected—attested to her statement. The PC party itself denies her claim, insisting that everything went fairly: the ballots were in the control of an independent security firm or independent auditors at all time.

The judge described Glover’s allegations as “somewhat vague” and is unsure of whether the court has jurisdiction over the inner workings of a political party and whether they can nullify this vote. So, instead of setting a day where Glover presents her case fully, he called for a hearing of the 19th of November to determine if they have jurisdiction to overrule the current election and initiate a new one.

Glover’s lawyer Dave Hill has some confidence in this case as he believed that there is precedent for other similar cases. In particular, he convinced a judge to issue a new vote for a school trustee position because, he says, the “client was able to establish substantial irregularities that affected the result and a new election was called for.” Other experts in law such as Gerard Kennedy disagrees and says that “the internal affairs of a political party tend to result in the court taking a much more hands-off approach.” Many legal experts find the judge overruling this election hard to imagine. Additionally, an expert states: “There are no specific rules on how an internal election should be conducted.”

Consequences of These Allegations

There are some certain consequences of Glover’s allegation and some additional consequences if the hearing on November 19th rules in favour of interfering. First, this power struggles shows that the PC party is quite divided and would certainly harm their already demeaning public image. Second, if the court does decide to intervene, it would set a precedent which would allow the court and thereby the government to influence the inner workings of political parties. Such an influence would not be pivotal now, but could come into play if the autonomy of our political parties are threatened.