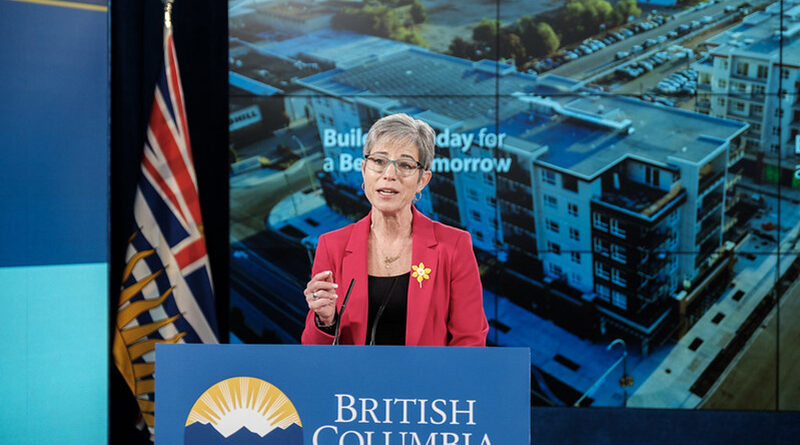 Why is the BC NDP projected to reach a record high in deficits next fiscal year?

During the spring of 2021, Finance Minister Selina Robinson of the New Democratic Party (NDP) of British Columbia  projected a deficit of $9.7 billion due to the COVID-19 pandemic. As the fiscal year nears its end, March 31, 2022, the economy underwent an unexpectedly quick recovery with its deficit forecasted at only $483 million. Although BC appears to be well on its way to balancing the deficits of the 2021/2022 fiscal year, Robinson measures the amount of transpired resources for economic recovery to be the bulk of what is readily available. In addition to the extensive pandemic recovery plan, large sums of funding are required for response and recovery to flooding, wildfire, and unprecedented weather extremes. These big numbers will accumulate rapidly, estimated to rack up a total of $5.461 billion in deficits in the 2022/2023 fiscal year starting this April 1, $4.182 billion in the next year, and $3.181 billion in the year after, for a projected $13 billion budget deficit over the next three years.

Where the Spending is Going

The largest one-time spending item in the history of BC budgeting is the $2 billion allocated for pandemic recovery during the fiscal year of 2022 and 2023. In total, an estimated amount of $3 billion will be deposited for pandemic recovery contingencies, with the rest of the $10 million for natural disaster prevention and response as well as general programs. Confirmed new funding commitments in future years include $663 million to support youth homelessness, $289 million to connect rural Indigenous communities to high speed internet, an increase of $100 million in the child care plan, and more to come. These pre-scheduled programs have been heavily marred by COVID-19, and are expected to require further planning and funding investments to be realised. Another unforeseen burden during current difficult times are unprecedented weather extremes, including floods and wildfires. BC has allocated $400 million for flooding recovery, and another $400 million in contingency costs, while $170 million per year is placed in wildfire management and prevention.

Efforts to Soften the Impact

The fortuitous revenue swelling and pandemic funding from Ottawa that almost balanced the books were a stroke of luck that will not be repeated, according to Robinson. Throughout the past year, the government has reaped $3.2 billion in tax and another $7.5 billion is projected to come in within the next three years. Apart from countless empty promises of growth in the economy, unceasing expenditure toward items that fail to better the debt and deficits of the province magnifies the struggles of softening the impact.

There are plenty of examples of expenditure that cause major expansion in deficits yet do not better the people to an equal degree. A prime instance of this is the $10 per day childcare system originally promised in 2017. Although amounts of $100 million per year have been added to this project for six years, child care is still not $10 per day. A similar case may be found in housing prices as well. Many are displeased that, in comparison to the billions of dollars funded for the pandemic, long term programs such as child care, affordable housing, drug poisoning files and more are only given small amounts of only $100 million to $300 million per year without change in approach.

Despite the alarming amount of deficit BC could be facing in the next three years, the Opposition BC Liberal Party states cabinet ministers stand to receive the 10% pay hike on a portion of their salaries that is usually withheld during times of a deficit budget. The Liberals also reveal that the NDP included a proposed amendment to the Balanced Budget and Ministerial Accountability Act that allows cabinet ministers the extra pay despite a deficit budget. Robinson defends the accusation, only saying that the 10% extra pay could be seen as a deterrent to funding programs, and gave no further explanation. The BC NDP’s choices have received mixed reactions, and a formulated plan is yet to be projected.