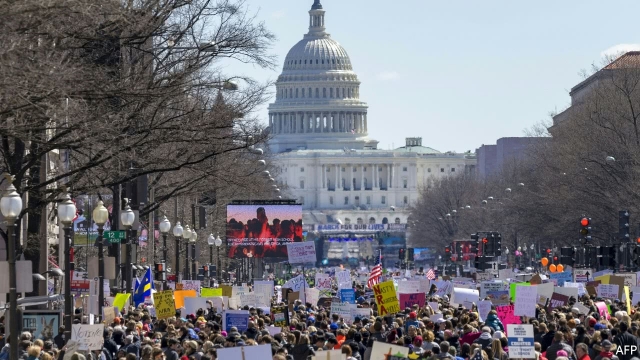 Many Americans Believe in Gun Control; What’s Stopping the Government?

Ever since the Sandy Hook Elementary shooting in 2012 where twenty students and six teachers died, there have been over 1600 mass shootings in America. Shockingly, only Pulse Nightclub, Las Vegas, Sutherland Springs, and Parkland High School are memorable to most people because more than fifteen deaths occured in each of them. This means equally important lives lost in smaller scale shootings are often overlooked. Though statistics have shown countless times that states with lax gun control laws also have more gun deaths, relatively no action has been taken by the government to enforce stricter policies.

What are America’s Current Policies?

Gun control can come in many forms, and can include everything from stricter background checks on buyers and sellers to banning the sale of certain types of guns or gun parts. The current federal laws prevents children, those with criminal records, people with mental disabilities, illegal immigrants, or those that were dishonorably discharged from the military from carrying weapons. However, assault weapons commonly used in the military and parts that can turn a gun into a semi-automatic weapon are legal. Furthermore, the law that prevents those with mental disabilities from buying guns only bars those that have been involuntarily committed to a mental hospital by a court. Obama attempted to make this system stricter, but Trump’s policies have loosened the regulations yet again.

Who is Opposing/Supporting Gun Control?

Most people who oppose gun control are advocates of the Second Amendment: “A well-regulated Militia, being necessary to the security of a free State, the right of the people to keep and bear Arms, shall not be infringed.” This has been the main setback in pushing gun laws through the American government as many believe it is their constitutional right to possess firearms. However, this has closed down much of the discussion on any slight regulation that could exist, such as requiring guns to be locked or disassembled at home. Furthermore, the National Rifle Association (NRA) continues to aggressively lobby the government against any form of gun control, spending more than three million dollars a year to influence policies.

A large portion of the U.S.  population believes in gun control to an extent. Though there are varying opinions on how far the government should go, protests are happening, the most recent being after the Parkland shooting, where students lead the #NeverAgain Movement.

Following every mass shooting, the gun debate reemerges. However, aside from offering thoughts and prayers for victims, any attempt to talk about reforming the system is quoted as a political maneuver. But if now isn’t the right time to talk about the issue, how many more will have to die before the right time comes?

Gould, Melia Robinson Skye. “There Have Been 101 Mass Shootings in the US so Far in 2018 – Here’s the Full List.” Business Insider, Business Insider, 18 May 2018, www.businessinsider.com/how-many-mass-shootings-in-america-this-year-2018-2.

Morris, Sam, and Guardian US interactive team. “Mass Shootings in the US: There Have Been 1,624 in 1,870 Days.” The Guardian, Guardian News and Media, www.theguardian.com/us-news/ng-interactive/2017/oct/02/america-mass-shootings-gun-violence.