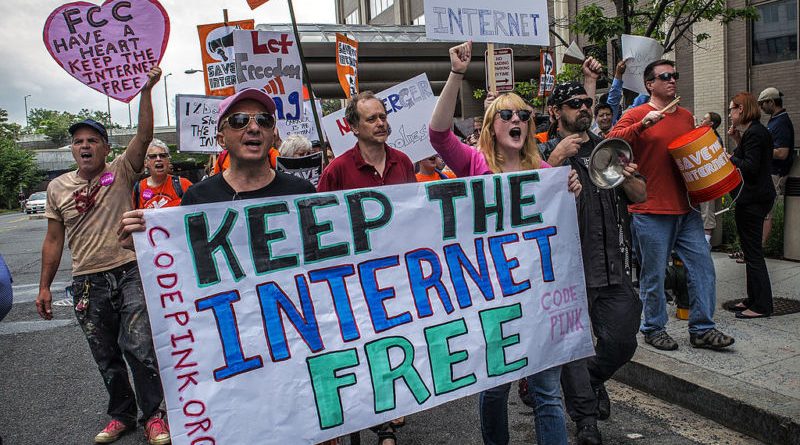 What will become of the Internet?

What is net neutrality?

Net neutrality guarantees the equal treatment of all Internet traffic in hopes of creating a “free and open” Internet. Set in place by the Obama-led Democratic government in 2015, consumers are guaranteed equal connection to any site, unhindered by broadband companies. However, the new Republican FCC, which was appointed after the election of President Donald Trump, has just recently repealed these regulations. As of June 11, the Obama-era net neutrality rules have been removed. By repealing the net neutrality regulations, service providers, such as AT&T, can now charge internet services to deliver their content to consumers. Companies such as Netflix will have to pay fees in order to gain access to these “Internet fast lanes” or otherwise risk losing potential customers due to lengthy loading times. It is yet unclear as to exactly what the future will hold, but with such a significant change in policy, it is certain that the Internet will undergo a large change, whether it be for better or worse.

When Chairman Ajit Pai first proposed the repealing of net neutrality, he supported his plan by highlighting the new business opportunities that broadband companies could experiment with. Broadband companies, such as AT&T, offer Internet connection services. He claims that the previous net neutrality regulations were too restrictive and points towards the drop in network investment after the 2015 changes.

On the other hand, supporters of net neutrality argue that Chairman Pai’s policy change would severely harm startup companies. By putting prices on connection speeds, or Internet “fast lanes”, fledgling companies may not be able to afford these marketing investments. As broadband companies begin to control more and more online content, supporters fear that eventually, the Internet would become like cable TV, in which all content is controlled by broadband companies.

Another change that has gone through is the stripping of authority from the FCC. While previously, the commission was responsible for policing Internet conduct, the Federal Trade Commission (FTC) is now responsible for overseeing these matters. With these policy changes, broadband companies will have much more room to maneuver their business models. Inevitably, this calls for more stringent regulations to ensure that companies are not taking advantage of consumers. However, the FTC is lacking in both resources and authority, in comparison to the FCC. Inappropriate conduct may not be scrutinized as closely, which is especially important in a society where broadband companies can control one’s Internet experience.