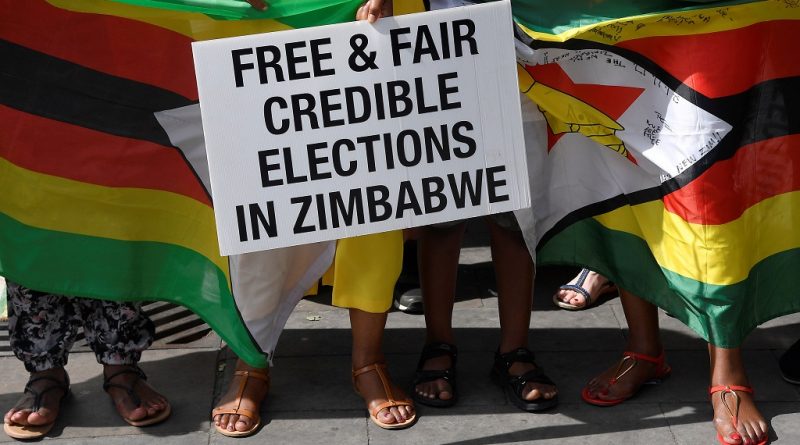 Emmerson Mnangagwa Wins Though the Opposition Claims the Elections Were Rigged

The poll results were released with Emmerson Mnangagwa of the Zanu-PF party winning 50.8% of the votes, avoiding a run-off election against the MDC Alliance by narrowly crossing the 50% mark. The MDC Alliance, led by Nelson Chamisa, rejected these results, saying that the election was “fraudulent” and “rigged”. Furthermore, EU observers stated that there had been an “un-level playing field” and an “intimidation of voters”. Several demonstrators took to the streets to protest, sparking violence in Harare where six people were killed by police who fired live ammunition into the crowd.  However, this is still a significant step forward for Zimbabwe, as the unrest presented recently was relatively minor compared to that of 2008 and the political crisis that followed the election.

Who is Emmerson Mnangagwa?

Mnangagwa formerly worked as Vice President under Robert Mugabe’s repressive regime. Though his sacking sparked the ousting of the 93-year old president, he was still part of the many atrocities committed by the Zanu-PF party since 1980. He was accused of playing a lead role in the civil war of 1980, in which thousands of civilians were massacred, and of being responsible for attacks against the opposition party following the election of 2008. Mnangagwa has been involved in politics for 37 years and is currently 75 years old. Prior to his career, it is said that he was a torture victim of the white minority government in 1965, which could explain his ruthlessness in later years. However, he has looked to dispel this reputation, saying in a BBC interview that he was “as soft as wool” and that he was looking forward to a “new beginning” following the election results. He promises to bring economic reform to Zimbabwe, which is strife with inflation and unemployment, by attracting more foreign investment.

Who is Nelson Chamisa?

At 40 years of age, Chamisa is far younger than Mnangagwa. However, his career also began quite early, as he became a Member of Parliament at the age of 25. This has been crucial to being supported by the young and unemployed, who consist of more than half of Zimbabwe’s population. Chamisa became the leader of the MDC this February following the death of his predecessor, though the method in which he took power is criticized by some as he fought for the leadership position before the former leader had been buried. Though he still had a large backing from party members, some say that this discrepancy could have led to his loss, given the results were so close. Chamisa also promises to improve monetary conditions, saying that he would establish a $100 billion economy within the next 10 years by improving trade and investment policies.

Though the elections were not perfect, 70% of the registered 5 million voters went to the polls. Despite the claims of illegitimacy made by Chamisa, many are reluctant to protest, looking towards long-awaited peace. The Zanu-PF say they are willing to dispute results in court should the opposition continue to contest the results. Though the MDC may take up this offer, senior party officials have acknowledged that it may only result in a loss of time and money.