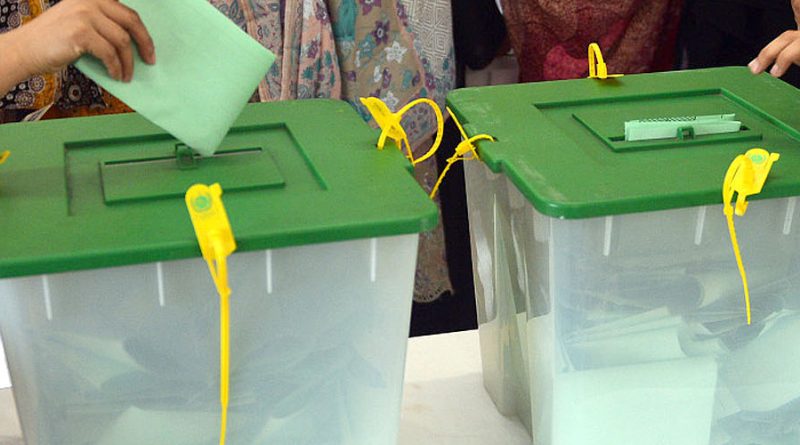 Imran Khan’s close ties to Pakistan’s military leave many anxious in the wake of his election victory.

After an electoral period plagued with corruption and accused collusion, a victor has seemingly emerged in Pakistan’s general election. The charismatic populist Imran Khan, leader of the Movement for Justice (PTI), has defeated Shahbaz Sharif of the incumbent Pakistan Muslim League-Nawaz (PML-N), although Khan lacks a majority of seats in the National Assembly. His victory, however, has already been tainted by accusations of vote rigging and military collusion. Whether Pakistan’s democracy will withstand the accusations are yet to be seen.

Imran Khan of the PTI was a famous cricket player before he turned to politics. He ran on a populist, anti-establishment, and anti-corruption platform, appealing to Pakistanis angry about the corruption of the PML-N. However, opponents cite his lack of experience and poorly-planned promises as proof his platform won’t work.

Shahbaz Sharif is the younger brother of former Prime Minister Nawaz Sharif, who was removed in 2017 and now faces a ten-year sentence for corruption. Shahbaz Sharif, however, is widely seen as a capable administrator after serving as chief minister of Punjab, Pakistan’s largest province.

The third party is the Pakistan People’s Party (PPP), a socialist party led by Bhutto Zardari Bilawal. Although it has served as official opposition since 2013, it is now the third largest party but may prove important as a coalition partner for Khan’s minority PTI government.

After Khan’s victory, Shahbaz Sharif immediately rejected the results, accusing the Pakistani military of rigging the election in Khan’s favour, which Khan fervently denies. Suspicions were further aroused when result totals took far longer than the Thursday 3AM deadline.

Throughout Pakistan’s history, the military has been highly influential, either by controlling power or by influencing elected governments. In recent years, the military has steered the country toward cutting ties with America and India while expanding the military’s presence within Pakistan. Khan praised the military’s role in Pakistan, even saying that General Bajwa, the army chief, “is probably the most pro-democratic man we have ever seen.”

The PML-N, on the other hand, seems to have made an enemy with the military. After the military removed former Prime Minister Nawaz Sharif from power twice, it’s clear the PML-N and the army have strained relations.

Apart from vote rigging, what worried many pro-democracy activists was that the Supreme Court allowed militant-backed extremist parties to run for election. Many such leaders preach fundamentalist Islam and are facing charges for inciting religious hatred.

Several news agencies and media personalities have also faced alleged threats and kidnappings before the election. A few newspapers such as Dawn, the largest English newspaper in Pakistan, face public and financial pressures allegedly imposed by the military and judiciary, although both deny wrongdoing.

Pakistan now lies in the hands of Imran Khan. Domestically, he wants to reform the economy and create jobs for the poor. Internationally, his policies have become friendlier towards the USA and India, a good gesture between the three nations often at odds. As a nuclear-armed nation constantly under threat by terrorism and a military coup, it’s as crucial as ever that Pakistan retains civilian, democratic rule.

Abi-habib, Maria, and Shah Meer Baloch. “Violent Extremist or Political Candidate? In Pakistan Election, You Can Be Both.” The New York Times, The New York Times, 17 July 2018, www.nytimes.com/2018/07/17/world/asia/pakistan-election-extremists.html.

Mir, Asfandyar. “Analysis | What Just Happened in Pakistan’s Election? And What Happens next?” The Washington Post, WP Company, 26 July 2018, www.washingtonpost.com/news/monkey-cage/wp/2018/07/26/what-just-happened-in-pakistans-election-and-what-happens-next/?utm_term=.5e6277d995b4.