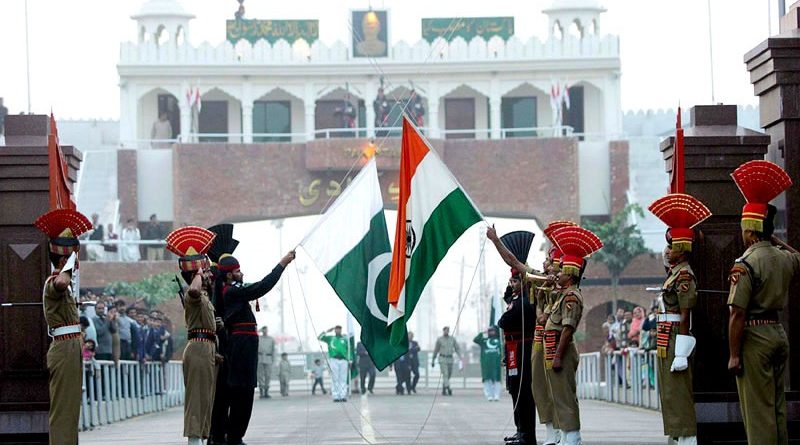 After grueling decades of conflict, will there be a solution?

India and Pakistan have been sworn enemies for almost 70 years. Following the withdrawal of Great Britain from its British-Indian empire in 1947, India and Pakistan became independent states carved out of the former British Raj. The partition created a Hindu-majority India and an overwhelmingly Muslim Pakistan.

The division of Pakistan and India was caused mainly by the sense of difference in identity and the rise of instability in the government, which caused the states to be socially and politically unstable at the time.

Dislocation soon erupted in both states, with Hindus and Sikhs fleeing to India and Muslim Indians migrating to Pakistan. Violence and war broke out during this period and continued until today.

The conflict between India and Pakistan became sour from the very beginning of the partition. In July 1947, about five weeks before Great Britain’s departure from its Indian subcontinent, Cyril Radcliffe, a British Lawyer was commissioned to divide the boundaries of India and Pakistan. In fact, he left out the disputed territory of Kashmir for any state to accede to.

Because of this decision, India and Pakistan fought over the control of the Kashmir territory and has become the longest conflict in military history.

Before the partition, the Kashmir state was ruled under the Maharaja Hari Singh, the king of the ruling royal family. Since Kashmir’s location is wedged between Pakistan and India, the Maharaja was asked to join one or the other. Unable to decide which nation Kashmir should join, the Maharaja chose to remain neutral.

However the Maharaja’s hopes of staying independent was thwarted by the invading Muslim tribesmen forces sent from Pakistan. Their intervention to liberate their Muslim brothers in Kashmir eventually persuaded the Maharaja to appeal to the Indian government for military support. Under pressure from Pakistan, the Maharaja finally ceded Kashmir to India in October 1947. Pakistan refused to accept the accession and thus, Indian and Pakistani forces fought their first war over Kashmir during 1947 to 1948. Kashmir is still a disputed territory with a de facto line that separates Indian-occupied and Pakistan-occupied Kashmir.