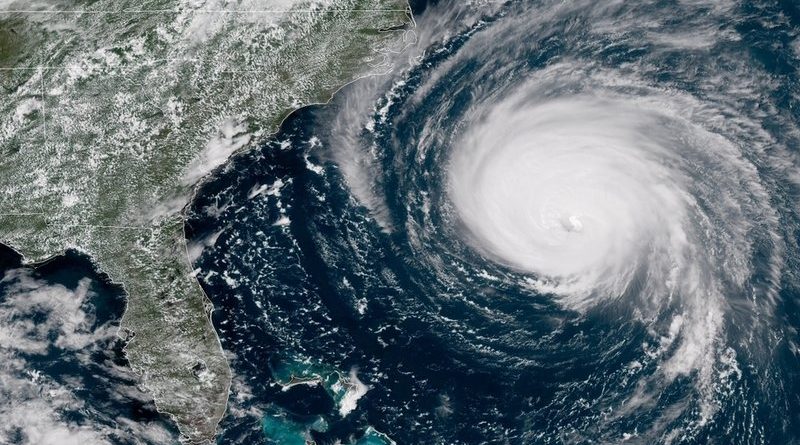 Two Major Storms Have Passed, but More is yet to Come

Hurricanes and typhoons are both tropical cyclones, meaning an organized cluster of clouds and thunderstorms rotating in a circular motion. Both are classified in a category from 1 to 5 based on wind speed and intensity. The only difference between the two is their names –  hurricane is used more commonly in the north while typhoon is used in the south.

The East Coast of the U.S. was struck by Hurricane Florence a couple days ago. Winds at 144 km/h and more than eight trillion gallons of rain blasted the Carolinas, causing 42 deaths and vast infrastructural and environmental damage. Promptly, thousands of disaster-response workers and National Guard soldiers arrived in the region but were soon overwhelmed by the magnitude of the storm. 6 million emergency meals have yet to be handed out, and displaced citizens are in need of water and shelter.

In addition, the crisis is not merely humanitarian. Many energy plants, roads, business, and other infrastructure are in need of rebuilding, which is a daunting task for the state and the local governments. Furthermore, wastewater plants have been shut down due to inundation and farms have suffered critical damage. Though the worst of the storm is over, the dispute on how to deal with its devastating effects continue.

Meanwhile, Typhoon Mangkhut pounded the Northern Philippines and Southern China. The category 5 hurricane devastated the region and has caused more than 65 deaths and 51 landslides thus far. The winds, raging at 270 km/h, were even stronger than those of Hurricane Florence. According to the Hong Kong Observatory, it is the strongest typhoon to hit the area since 1979. The death toll could be more than 100, and 2.5 million people have had to be evacuated. Most recently, a mining town was buried by a landslide, killing 33 people who thought the area was safe.

On a positive note, debris is gradually being cleared from regions affected. Local, national and international efforts responders are working to rescue those trapped in landslides and destroyed buildings. Over 900 flights have been cancelled, but airlines, ferries, and other transportation services are in the midst of being restored.