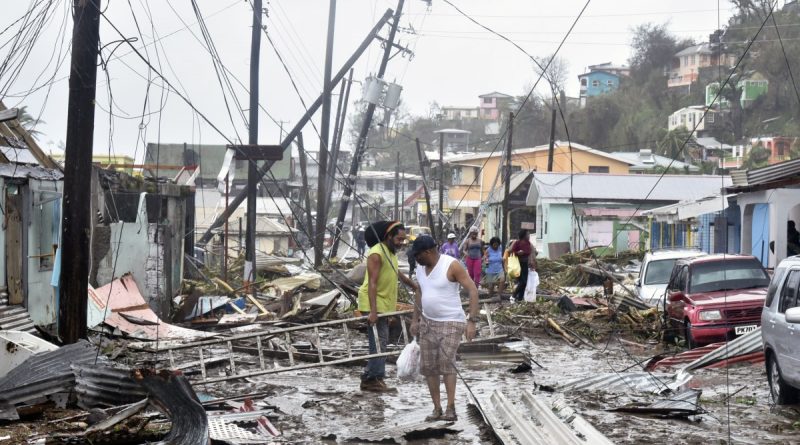 Though The Hurricane Has Gone, Its Damage Remains One year ago, a hurricane pummeled Puerto Rico. The hurricane is gone, but the damage still remains.

On September 20, 2017, Hurricane Maria hit Puerto Rico and wreaked havoc across the Carribean island. As a category 4 hurricane when it struck, it killed many of the island’s inhabitants and incurred billions of dollars in damage, as well as created the second longest blackout in the world to date, plunging 3.4 million people into darkness. As a result, it is known as the deadliest U.S based natural disaster in a century.

One year later, Maria’s catastrophic damage to the island is still visible. Shelters are tattered with broken doors and patched roofs. 60 000 less fortunate houses remain roofless, huddled under blue tarps. Although the federal government has declared funding for housing, the funds are yet to be distributed to those in need. Acquiring federal aid for housing repairs is difficult as well – according to the organization themselves, the Federal Emergency Management Agency (FEMA) rejected nearly a third of the 1.1 million eligible applicants. Puerto Ricans who do not own a property title are at an even greater disadvantage due to not being able to meet the applicant criteria.

Hurricane Maria subjected Puerto Rico to more than 90 billion dollars of damage, dealing a massive blow to the island’s already ailing economy. In May of 2017, mere months before the hurricane, the Puerto Rican government filed for bankruptcy after suffering from eleven years of recession and a staggering national debt of more than 70 billion dollars. The hurricane only exacerbated the island’s economic crisis and has been described by analysts as an event that could set back the Puerto Rican economy for several decades. Although more than 25 billion dollars in aid has been given to Puerto Rico, it is a small fraction of what is needed to bring the island’s economy back on its feet.

It took 11 months to restore electricity for most of Puerto Rico, for the task of bringing power back to the island was inherently a difficult one. More than 80 percent of power lines were knocked out, and the electrical grids, which were outdated due to poor funding and neglection, only complicated repairs. Even now, the Puerto Rican islands of Vieques and Culebra continue to live in the dark.

Despite the lack in post-hurricane recovery efforts, Puerto Rico has already begun shifting its focus from disaster recovery to long term rebuilding. Last month, more than 60 community organizers, urban planners, and nonprofit leaders assembled for a discussion regarding the government’s economic and disaster recovery plan, which detailed a one to two year recovery strategy. The consensus is that Puerto Rico should look towards a revamp in infrastructure. Among those who share these sentiments are Deepak Lamba-Nieves, research director at Center for New Economy, and Federico Del Monte, vice president of the Puerto Rican Planning Society. Lamba-Nieves says that the country’s road to recovery needs to be quick but thorough, emphasizing the importance of a properly-built infrastructure to resist future disasters. Likewise, Del Monte insists that Puerto Ricans need to look beyond rebuilding the island and should instead strive to redesign it. However, an entire reconstruction of the island infrastructure is easier said than done. An upgrade of Puerto Rico’s electrical infrastructure, telecommunications, and water systems could cost as much as 130 billion dollars.

The number of deaths caused by Hurricane Maria continues to be evasive. Between the day Maria struck and its one year anniversary, the number has fluctuated several times, leaping from 64 to as many as 8948 people dead. The most recent death toll, updated and released by Puerto Rican authorities in late August, records that 2975 people were killed by the hurricane. American president Donald Trump has since disputed this number on Twitter without evidence, deeming it to be a number falsified by the Democrats and an attempt to tarnish his reputation. The president tweeted, “3000 people did not die in the two hurricanes that hit Puerto Rico. When I left the Island, AFTER the storm had hit, they had anywhere from 6 to 18 deaths. As time went by it did not go up by much. Then, a long time later, they started to report really large numbers, like 3000. This was done by the Democrats in order to make me look as bad as possible when I was successfully raising Billions of Dollars to help rebuild Puerto Rico.”

“A Year after Hurricane Maria, Puerto Ricans Rebuild What They Can.” NBCNews.com, NBCUniversal News Group, www.nbcnews.com/storyline/puerto-rico-crisis/year-after-hurricane-maria-puerto-ricans-rebuild-amid-setbacks-n907086.

The high end of the range. “Hurricane Maria Could Be a $95 Billion Storm for Puerto Rico.” CNNMoney, Cable News Network, money.cnn.com/2017/09/28/news/economy/puerto-rico-hurricane-maria-damage-estimate/index.html.