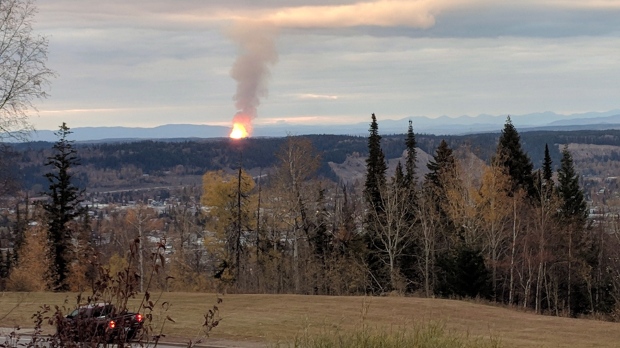 What Does This Mean for BC?

In early October, a major natural gas pipeline that links Fort Nelson to Vancouver exploded northeast of Prince George and started a fire. Enbridge has not yet identified the cause of the rupture, but they have projected that pipeline be repaired by mid-November. However, to protect residents in close proximity as well as the surrounding environment, the output of natural gas from this pipeline and the second one nearby will be well below maximum levels until spring. The National Energy Board has ordered Enbridge to limit gas flows at 80% of original pressure levels, from where the explosion occurred all the way down to the Canada-United States border.

Fortis BC has predicted that the natural gas shortage could result in having only 50% to 80% of reserves through the coldest winter months when the demand for natural gas is highest. They stated that keeping homes warm this winter would be their “highest priority,” but that it would also depend on how sparing November weather turns out to be. Though they are working with Trans Canada to increase the availability of natural gas, it is unlikely that the resource will be fully restored. To prevent the 50% scenario from occurring, Fortis BC has recommended that customers cut back on natural gas usage or use alternative energy sources until a more concrete repair schedule is formed.

It isn’t just residents that are encouraged to conserve – companies, who use double the supply as citizens, have been given regulations as well. In typical cases of cold snaps, Fortis BC will reduce the amount of natural gas provide for one to two weeks and occasionally cut off the supply. Businesses are now experiencing an extension of this, and are being pushed to find alternatives. Catalyst Paper Corp., a company that uses natural gas as a backup fuel source, has begun exploring steam conservation to ensure that they have enough backup fuel to run their mills in the coming months. Particularly since Fortis BC curtails industrial customers first to ensure residents’ heating is maintained, many businesses are taking similar actions just in case. The City of Vancouver has also taken part in the efforts, lowering thermostats in locations that affect citizens minimally.

Industrial zones aren’t the only areas affected by the potential shortage. Greenhouse growers will be unable to accommodate the lack of energy during the winter, as their crops must be kept at certain temperatures once they are planted. Because of the uncertainty surrounding conditions this winter, many growers have decided to hold off planting until they can be sure that their crop will be successful. Unfortunately, this delay could cause an increase in produce prices for consumers next spring. Though greenhouses have alternative fuel sources such as diesel, growers claim that the backup was only meant to be used for a couple days rather than weeks at a time and are calling Fortis BC to guarantee their fuel supply this winter.