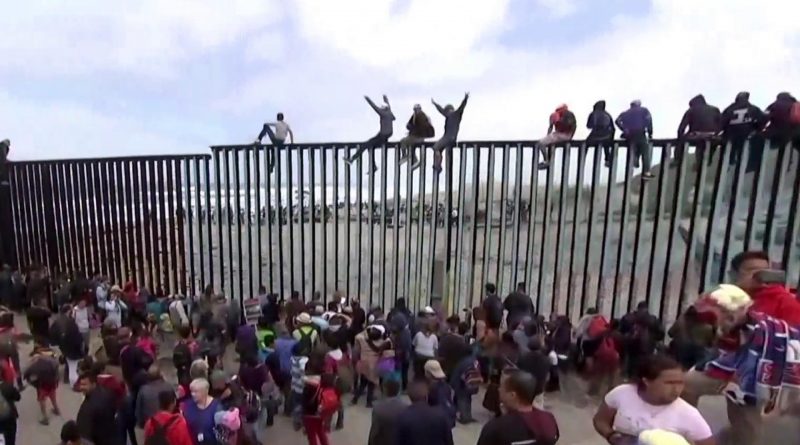 Hostility Towards Migrant Caravans is Growing – What Next?

What are Migrant Caravans?

Migrant caravans are large groups of migrants that travel together to escape poverty, persecution, or violence in their home countries. The migrants are largely from Honduras, Guatemala, and El Salvador. This practice started more than 15 years ago, ever since the organization Pueblo Sin Fronteras began to help refugees seek asylum in Mexico and the US. The trip is gruelling; migrants must travel for weeks on end with little food or shelter. The idea of travelling collectively aims to help protect them from gangs and human traffickers, who can easily take advantage of lone travellers. Despite threats from the US to deport illegal immigrants, many of them retain the goal of settling or finding work there, crossing Mexico as well as other parts of Central America to do so.

Currently, more than 7000 migrants are staying in temporary shelters near the US-Mexico border, namely in the cities of Tijuana and Mexicali. Last week, around 500 of them marched towards the border holding pro-immigration signs. However, the peaceful demonstration turned into a rush for the border as the migrants passed the line of security officials. After scaling the first barrier, hundreds ran for the spike-topped second, but they were driven back by tear gas. The US government has been firm, the Homeland Security Secretary Kirstjen Nielsen stating that they would “not tolerate this type of lawlessness and will not hesitate to shut down ports of entry for security and public safety reasons.” President Trump has stuck by his tweet during midterm elections that “many gang members and some very bad people are mixed into the caravan heading to our southern border,” and threatened to cut off aid to the countries the migrants are coming from.

Furthermore, American officials are finding difficulty in processing the vast influx of asylum seekers. As a result, officials will often have migrants without papers wait in Mexico until they are able to screen them. This concept, known as metering, is thought by many to be an attempt by the US government to prevent migrants from forcing the government to follow international law, which states that it has the obligation to deal with the asylum claims on their soil. However, metering has almost become a day-to-day reality, with few able to cross the border each day. For migrants, this means waiting months at the border with poor living conditions, with the dreadful knowledge that the US has been accepting fewer and fewer asylum seekers. As the process drags on, many have become fed up with their uncertain futures and have decided to either attempt an illegal crossing or turn back to their home countries. Tijuana is the most crowded area, as the absence of high crime rates and violence makes it a safer place to stay.

Luckily, the US is not able to ban asylum seekers from certain countries, meaning migrants still have the hope of improving their lives. However, the US government has become increasingly hostile towards migrants, even arguing that many are committing fraud. Though the intention is to prevent problematic migrants from entering, the lengthy wait times have instead driven desperate migrants into drastic measures to reach safety in the US.

Oppmann, Patrick, and Natalie Gallón. “A Look inside the Journey of Central American Migrants Bound for the US.” CNN, Cable News Network, 26 Nov. 2018, www.cnn.com/2018/11/26/americas/migrant-caravan-profiles/index.html.