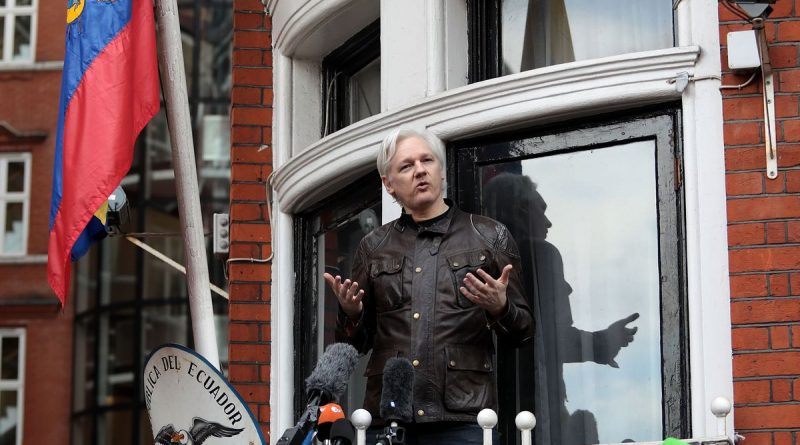 Who is Julian Assange?

Julian Assange is the creator of the WikiLeaks, a controversial media organisation that published highly sensitive government and corporate documents. Having developed an early interest in computer programming, Assange hacked NASA and the Pentagon as a teenager, resulting in 31 charges of cybercrime. Because he was underage, these security breaches were brushed off as youthful inquisitiveness. However, he went on to found WikiLeaks in 2006. His organisation published various primary-source documents exposing the horrors of America’s detention facility in Guantanamo Bay, a secret membership lineup from the British National Party, and more. In the 2010s, WikiLeaks published a substantial amount of information about U.S. Army intelligence, mainly regarding Iran. Despite growing fury from American politicians, Assange won the Sydney Peace Foundation gold medal for pursuing human rights.

In 2016, Assange was residing in the Ecuadorian embassy in London following a lengthy extradition process from Sweden for alleged sexual assault. He had received asylum from Ecuador after claiming that going to Sweden would lead to his extradition to the U.S. and therefore a potential death penalty. There, he meddled with the U.S. Presidential election, and revealed a number of the Democratic Party’s internal emails. As a result, many American officials speculated that there had been Russian influence in Assange’s data mining.

On April 11th, 2019, Ecuador revoked Assange’s asylum offer, claiming that Assange had meddled too much in international affairs and that Ecuador had reached the end of its patience. When troops first came to the embassy in which he had stayed for 7 years, Assange resisted, but was then forcefully removed and detained by the British police and charged with evasion of law enforcement. In addition, the U.S. requested his extradition for conspiring with Chelsea Manning, a former Army intelligence analyst who supplied WikiLeaks with thousands of documents, to steal military secrets. Ironically, President Trump stated that he “really [knew] nothing” about Assange despite mentioning WikiLeaks at least 164 times during his election campaign and praising it continuously.

The extradition request sparked controversy over freedom of press and speech, with Assange’s lawyers stating that “it [would] be a sad day for democracy if the UK and Ecuadorian governments [were] willing to act as accomplices to the Trump administration’s determination to prosecute a publisher for publishing truthful information.”

For now, Assange will be facing British charges of at least 12 months in prison for failing to surrender to court. Sweden is against America’s extradition request; they argue that they have been seeking Assange only for sexual assault charges on multiple accounts. For this reason, many believe American and Swedish charges should be heard separately. Moreover, various free speech activists including Jeremy Corbyn and Edward Snowden have expressed their opposition to Assange’s extradition to the U.S.