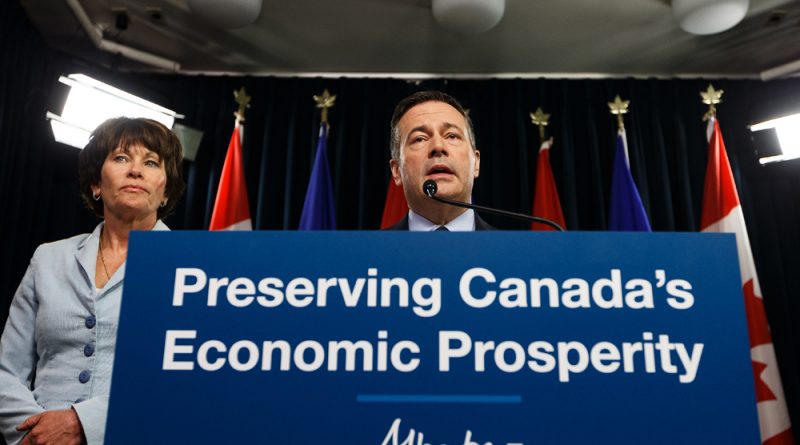 New Premier Jason Kenney could cut off BC’s crude oil supply, but its effectiveness in bringing the pipeline is questionable.

For many Albertans, the April 16th victory of the United Conservative Party and its leader Jason Kenney marked the restoration of their economic competitiveness, the long-touted “Alberta Advantage.” Among promises of lower taxes and increased austerity, Kenney’s campaign also championed a gloves-off approach to the British Columbian government on the subject of the Trans Mountain Pipeline expansion, threatening to end oil shipments to BC if it continued its opposition. However, Kenney has yet to “shut off the taps” in light of questions on the legality and effectiveness of such a policy.

What is the Trans Mountain Pipeline Expansion?

First announced in 2012, the Kinder Morgan Company’s Trans Mountain Pipeline Expansion would twin the existing pipeline and thus nearly triple the capacity of bitumen shipments from Alberta’s oilsands to BC’s ports for export. However, the project has seen numerous delays throughout the years stemming from opposition from BC’s government and challenges in Federal courts. Recent actions from the Trudeau government have been similarly unsuccessful. After purchasing the pipeline from Kinder Morgan last year, the project was quashed in court in August, citing needs for more review from the national energy board and more consultation with indigenous peoples.

Jason Kenney has fought both Justin Trudeau’s federal Liberal government and John Horgan’s BC NDP government. Kenney argues that Trudeau’s government has not done enough to aid pipeline construction. He recently visited Ottawa to discuss his opposition to the federal Bill C-69, which would enhance environmental and indigenous protections for new projects such as pipelines. As for BC, Kenney states that Premier John Horgan’s “use every tool in our toolbox to stop the project ” policy warrants a similar response from him, which could mean stopping oil shipments to BC.

Kenney’s stance stems from the Albertan perception that their province’s economic growth is being stunted by a lack of markets to export their oil. Currently suffering from a high 9% unemployment due to a sluggish oil industry, Albertans elected Kenney for his promises to make Alberta prosperous again.

In an attempt to convince BC’s government to support the pipeline, Kenney has threatened to “turn off the taps” if BC keeps up its opposition. Kenney’s ability to cease oil shipments to BC is a result of previous Alberta NDP government legislation. Their Bill 12, the Preserving Canada’s Economic Prosperity Act, was passed in May 2018 and gave Alberta’s government the power to stop oil from flowing to BC, though it has not yet been used.

The bill has not been without scrutiny. BC’s Attorney General, David Eby, issued a challenge in Alberta’s court citing the bill as illegally discriminatory against BC by restricting provincial trade through a tariff barrier. The challenge was denied for the reason that Alberta had not actually enacted the bill yet. BC’s government has already filed another challenge in caseKenney does decide to act.

Another question is whether stopping oil shipments to BC will really cause the pipeline to be built sooner. Though BC’s government managed to stall pipeline construction by challenging it in federal court, the real power to approve or reject the pipeline lies in the hands of the Federal government, who now own the multi-billion dollar pipeline and have a strong interest in seeing it completed. Many people question whether cutting off oil to BC will really change the federal decision, which is set to be released on June 18th.

The restrictions could be successful in driving up already-high gas prices in BC. Analysts estimate that such a drastic drop in supply could bring gas prices above $2.00 per litre. However, the approval of the expansion might not mean a drastic decrease in prices, either. Over 80% of the product is earmarked for foreign markets, meaning less than 20% is left for local supply. This 20% would be in crude bitumen form, requiring refinement before being ready for the pumps.

May 1, Emma Graney Updated:, and 2019. Jason Kenney Gets down to Work after New Cabinet Appointed | Edmonton Journal. 1 May 2019, https://edmontonjournal.com/news/politics/jason-kenney-to-appoint-new-cabinet-at-swearing-in-ceremony.