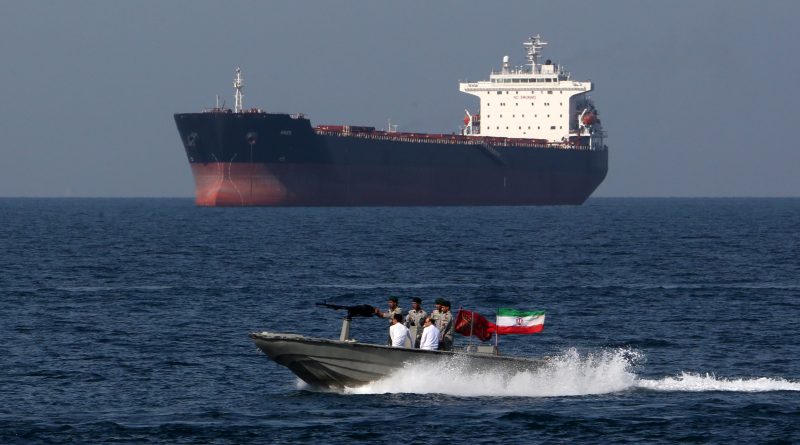 Ever since the Iranian Revolution in 1979, relations between the United States and Iran have been anything but cordial. Western powers and Communist nations alike saw Iran’s nuclear aspirations as threats to world stability. 2015 marked a thawing in relations with the signing of the Iran nuclear deal between Iran, the United States, the European Union, and four other nations. In exchange for sanctions relief, Iran would curb its nuclear programme for the next fifteen years. Relations relapsed into strain, however, in May 2018, after the Trump administration chose to withdraw the U.S. from the deal.

Since then, both the U.S. and Iran have taken stronger economic, political, and military stances against each other. Earlier this year, the U.S. designated the Islamic Revolutionary Guard Corps, a branch of Iran’s military, as a Foreign Terrorist Organization for supposedly supporting Houthi militants in Yemen and the Taliban in Afghanistan. Economically, other signatories of the nuclear deal stopped trading with Iran earlier this year with the advent of new U.S. sanctions on Iran. In addition, a series of military incidents has erupted near the Strait of Hormuz, a key oil-shipping waterway, threatening to escalate the conflict to the next level.

The majority of incidents have taken place in the strategic oil-shipping waterway of the Strait of Hormuz, which borders Iran, the United Arab Emirates, and Oman. 25% of the world’s petroleum and 33% of the world’s natural gas flows through the Strait. The navigable section is less than 10 km wide at its narrowest point, making it a vital strategic chokepoint for the energy trade. Historically, Iran has made threats to close the Strait, but never followed through.

The U.S. regards the region as one of key strategic importance. On May 5th, the carrier group USS Abraham Lincoln was deployed to the region. Defence advisor John Bolton stated that this was to send a “clear and unmistakable message” to Iran that any attack on American or allied interests would be “met with unrelenting force,” kicking off the crisis. Here’s a timeline of what’s happened so far:

May 12: May Gulf of Oman incident

Four merchant ships, including two Saudi Arabian oil tankers, were sabotaged by an unknown perpetrator. President Trump confirmed Bolton’s statement by warning that Iran would “suffer greatly” if it harmed American or allied interests in the area.

Two oil tankers, one Norwegian and one Japanese, were attacked by mines. U.S. Secretary of State Mike Pompeo accused Iran of being responsible and produced a video supposedly showing Iran’s involvement in the incident.

A RQ-4 Global Hawk surveillance drone was downed by Iran, severely escalating tensions. Iran claimed the drone violated Iranian airspace, but the U.S. claimed its drone remained in international airspace. President Trump ordered a retaliatory strike but cancelled it minutes before it was set to commence. More sanctions were placed on Iran in the following days.

Iran announced its intentions to enrich uranium above the bounds set by the 2015 Nuclear Deal, with President Rouhani stating that they would enrich uranium to “any amount we want.” Enrichment exceeded permitted amounts on July 8. Iran defended its actions by stating that it could not uphold the deal when U.S. sanctions were still in place.

The U.S. ship USS Boxer downed an Iranian drone after it flew too close while monitoring the ship. Iranian authorities deny that their drone was downed.

A British oil tanker, the Stena Impero, and its crew were seized by Iranian marines. Iranian officials called the act retaliation for the British seizure of Iranian tanker Grace 1 near Gibraltar on July 4th. British authorities maintain that the earlier seizure of the Iranian tanker was done on the suspicion that it was violating sanctions by shipping oil to Syria.

Amidst the harsh words being exchanged, both sides have repeatedly stated that they seek to avoid war. Though the conflict seems to have cooled down for now, Iran’s newly-reawakened nuclear weapons programme won’t be gone anytime soon. Whether the parties can achieve their peaceful goals is yet to be seen, especially in the long-term.