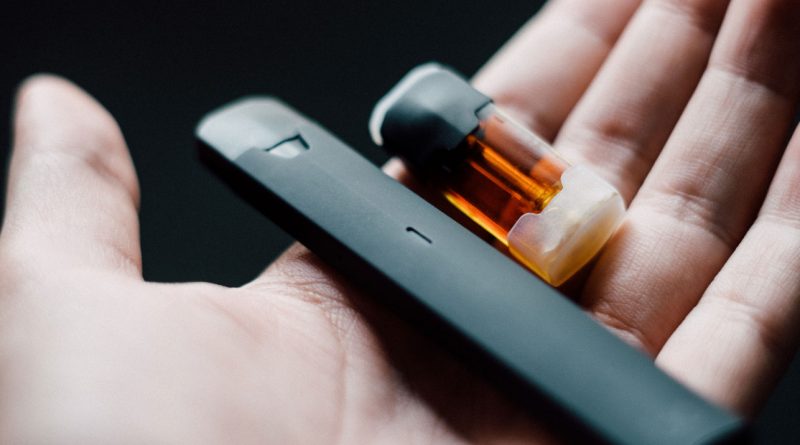 The Controversial Rise of E-cigarettes

Although the first prototypes for e-cigarettes were drawn up in as early as 1967 in America, the contraption did not take off until 2003 when a Chinese pharmacist, Hok Lin, added a liquid-vaporizing element in order to make the technology more appealing. Initially, e-cigarettes were marketed solely as a method of quitting or avoiding continued usage of cigarettes and the subsequent harms. The dichotomy between this ideal health-focused improvement and traditional cigarettes,e-cigarettes, or related products lies in the presence of tobacco.

Introduced to North American markets in 2007, e-cigarettes have marked a revolutionary reformation of the social and economic structure of the vast region. In 2016, e-cigarettes took in $8.6 billion. In 2017, the market was worth more than $10 billion, and that number is projected to more than double by 2023. The number of American middle and high school students using e-cigarettes rose from 2.1 million in 2017 to 3.6 million in 2018.

Cigarettes are the number one cause of preventable death in the United States, killing 480,000 people every year. That’s more deaths than HIV, heroin, methamphetamine, cocaine, alcohol, motor vehicle accidents, and firearms combined. However, the cancers and serious diseases one is warned against while partaking in smoking are caused not only by tobacco. Traditional cigarettes possess multitudes of harmful chemicals—many of which e-cigarettes have in common. While smoking can cause lung cancer, breast cancer, emphysema, heart disease, and other such ailments, those diseases typically develop after decades of routine smoking. However, seizures and serious lung damage caused by vaping are shown to occur after just a year and possibly less, putting hundreds of American youth in hospitals around the country. The health damages caused by e-cigarettes has been volatileas ever. In addition, users of e-cigarettes are about 23% more likely to start smoking traditional cigarettes, claims a study done by the National Institute on Drug Abuse.

The Dangers of Vaping

Since 2009, the United States Food and Drug Association (FDA) has pointed out that e-cigarettes contain “detectable levels of known carcinogens and toxic chemicals to which users could be exposed.” For example, in e-cigarette cartridges marketed as “tobacco-free,” the FDA detected a toxic compound found in antifreeze, tobacco-specific compounds that have been shown to cause cancer in humans, and other toxic tobacco-specific impurities. Another study looked at 42 of these liquid cartridges and determined that they contained formaldehyde, a chemical known to cause cancer in humans; in fact, this life-threatening chemical was found in several of the cartridges at levels far higher than the maximum United States Environmental Protection Agency recommends for humans.

Many Canadian and American provinces and cities have attempted to ban e-cigarettes. This includesSan Francisco, where the major e-cigarette corporation Juul Labs originated. In protest to these efforts to curb teenage e-cigarette addiction, many critics have argued that its ban will only further the dangers of the black market for such technology, which has allegedly been behind the mysterious lung disease sweeping America. Ultimately, policies have yet to be consolidated on this new social phenomena and are struggling to combat the many clashing opinions.