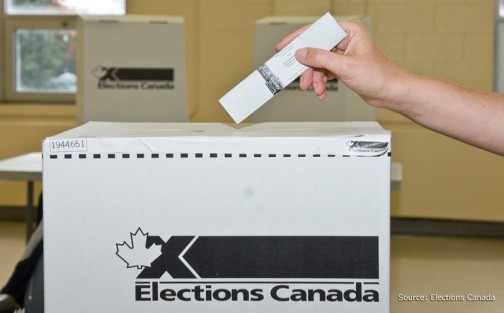 As a G7 nation, NATO member, and key ally to the U.S., Canada and its decisions impact the international community. The results of this federal election are therefore influential for many other countries, who may attempt to tamper with the election process and alter it to their favour. The immediate goals of interference are to sway voters and promote desirable parties. In the mid-term, they weakens voters’ confidence, as “even the perception of foreign interference can diminish trust in democracy.” In the long-term, they promote the ideological, economic, and military interests of other countries and can weaken international alliances. In short, election interference is a threat to Canada’s democracy.

Online interference, notably disinformation or misinformation campaigns, is the prime concern. Websites, emails, and social media of candidates may be targeted, and their information used to embarrass or discredit their political parties. However, the biggest risk isn’t in leaked information but in misinformation. Candidates’ statements may be altered through AI techniques like Deepfake (a portmanteau of “deep learning” and “fake”), which synthesizes fake videos that appear 100% real and are very difficult to uncover. In doing so, they can alter the voters’ perception of a certain candidate to discourage them from voting for one party and give advantage to another.

Online interference can manifest as identity theft. Third parties may hijack social media accounts to pose as Canadians. For instance, in 2016 there were false reports of Canadian troops being killed in Ukraine; despite being fake, the English version of the report gained over 3000 shares on Facebook, spreading the false information. Divisive issues like pipelines and refugee policies are most likely to be targeted. They have been targeted in the past by Russian troll farms, such as the Russian Internet Research Agency (IRA), which pay individuals to pose as real people on social media to spread false information.

On the other hand, direct meddling in the election results is unlikely. Canada’s voting is largely paper-based, and measures are in place to prevent tampering with the results.

These nations may achieve offline interference by sending attendees to  party nomination meetings, nominating candidates favourable to foreign government causes. They may also use intelligence officers posing as diplomats in embassies and consulates, mostly in British Columbia and Ontario. As a country with a large immigrant population, Canada has many immigrant communities, notably from China and India. Their home countries still retain some cultural influence over them, which may be used to manipulate them during this federal election.

In face of these possible threats, Canada has not remained passive. In June, Bill C-76 (the Election Modernization Act) came into effect, which addresses some of these issues. Notably, social media platforms are now required to increase their advertising transparency. Major online platforms must maintain a registry of all election advertising that is accessible to all voters. The registry has gained support from Microsoft, Facebook, Twitter, and Google – which has already pulled out and will not be accepting political ads.

The Canadian Centre for Cyber Security has put out a lot of information concerning “cyber threats to Canada’s Democratic process.” Voters are encouraged to consult the site and ensure they are correctly informed for the federal elections coming up next month.

“In 2018, half of all advanced democracies holding national elections had their democratic process targeted by cyber threat activity. This represents about a three-fold increase since 2015 and we expect the upward trend to continue in 2019.” (Canadian Centre for Cyber Security, 2019)