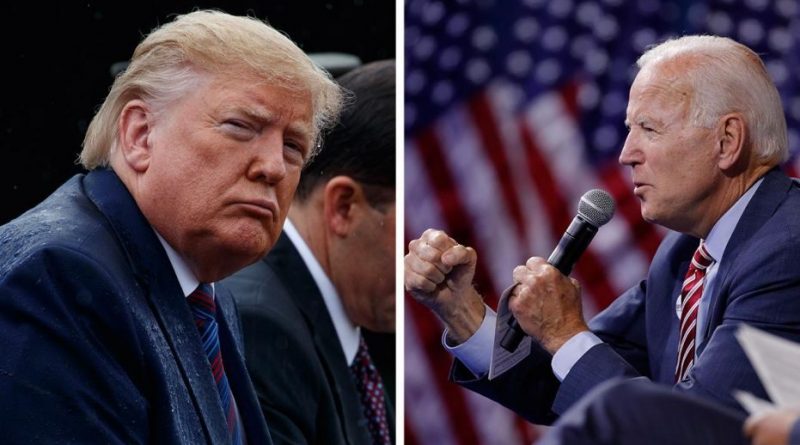 With the 2020 U.S. federal elections just around the corner, tensions are high and controversies are everywhere. Recently, President Donald Trump of the U.S. pressured the Ukrainian president to release information on another American candidate, Joe Biden. From 2009 to 2017, Biden was the 47th Vice President of the United States and is currently a member of the democratic party as well as a presidential candidate in the upcoming 2020 election. As a way of attacking his opponent, Trump did not let the detail slide that Biden recently conducted business in Ukraine. Biden’s most recent response on October 2nd, 2019 to Trump was: “you’re not going to destroy me and not going to destroy my family.” On Twitter, he also stated that “Virtually every day he launches a barrage of tweets, attacking, insulting, threatening, anyone who doesn’t bathe him in praise… Now fearful about his election, he’s becoming more unhinged.”

Many issues have risen from this controversy. In particular, The investigation on Biden has also widened to include his son, Hunter Biden. Critics are asking if Hunter Biden engaged in illegal and corrupt activity when he was on the board of Burisma, a company in Ukraine. Joe Biden also had ties to Ukraine as he was the point person on Ukraine policies under the Obama administration. During that time, he fired the prosecutor overseeing a Burisma investigation. That same prosecutor is also thought to be corrupt. These connections raise issues for the Biden family as suspicion on this issue is increasing.

In addition, another issue that’s come up is Trump’s withholdinging of military aid to Ukraine. This action is speculated as a way to pressure the Ukrainian president to re-open the Biden investigation.

The public’s reaction seems to be working in Biden’s favor despite Trump’s efforts. In a recent poll conducted by Fox News, the results revealed that between the two opposing candidates, Biden polled at 48% and Trump polled at 39% (head-to-head matchups in the poll). Other prominent figures have also begun to jump to Biden’s defence. Larry Kudlow, the white House chief economic adviser, has pledged that there is no connection between another one of Trump’s moves, which was a request for China to investigate the Bidens as trade deal talks are happening simultaneously. He said “The president’s view is that there is no linkage between that and the trade talks. I guarantee there will be no linkage.”

Joe Biden’s own reaction is conflicting as he debates between his desire to protect his son and his future in the 2020 elections. Biden and his advisers has considered two plans moving forward – launching a counterattack or sticking to a set of policy arguments he has started to deliver. Democrats close to Biden further claim that he did not take action sooner due to his reverence for congressional prerogatives; in other words, he had no intention of injecting himself into the House’s jurisdiction that soon.

Trump’s attacks against Biden have certainly sparked much controversy and debate. While many believe that this is simply an attempt to eliminate another presidential candidate, it has yet to be proven that Trump’s investigations do not hold real meaning and hidden corruption.