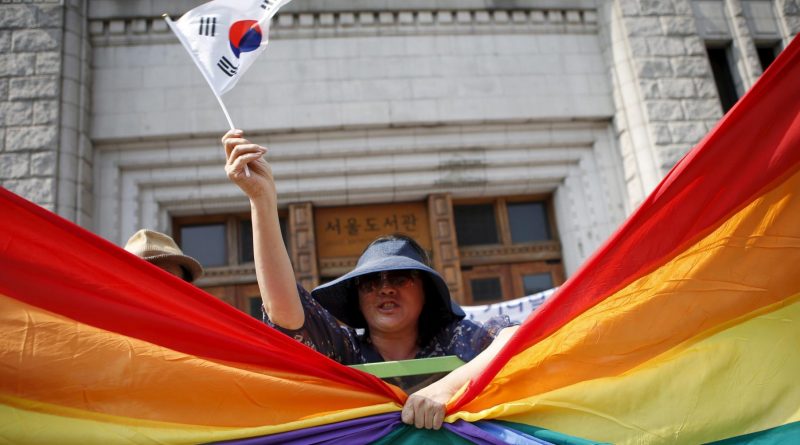 Despite her appeal to serve, South Korea’s first transgender solider was discharged.

A new debate was sparked by a young soldier, Byun Hui-Su, who had undergone gender reassignment surgery. The staff sergeant was a tank driver who had received the operation overseas while on leave. She was in a military hospital receiving post-surgery treatment. This had begun a new debate regarding whether transgender soldiers should be allowed in the military. The military decided to discharge her on Wednesday, January 22.

In the military, relationships between two people of the same sex can lead up to two years in prison. The army is able to prosecute these individuals due to the 1963 Military Criminal Act, which prohibits consensual gay sex, even when on leave. This is very frustrating for many people as homosexuality is legal among civilians.

Byun Hui-Su’s case is different. Although the army has laws that prohibit transgender people from joing the military, there are no specific laws regarding those who receive sex reassigmemnt treatment while in service. The military made the decision based off other related policies. There is a part of the law which states the army can discharge personnel with physical or mental disabilities if those problems weren’t a result of combat or in the line of duty. The army concluded that this provision was grounds for the military to discharge her.

After the ruling, Hui-Su identified herself during a press conference. She pleaded with the military to reconsider their decision and let her serve. Hui-Su said that “Regardless of my sexual identity, I’d like to show everyone that I can become one of the great soldiers who protect this country,”

The Military’s treatment of Homosexuals

Byun said that her case was just an extension of the military’s homophobic policies. Amnesty International conducted interviews with over 20 past military personnel who have experienced abuse in the military due to their sexual orientation. Even reporting on instances of abuse can lead to punishment. One soldier said that he saw an officer force a soldier to drink out of a toilet bowl after reporting on instances of abuse due to homosexuality.

According to Military Human Rights Centre for Korea, those who are suspected of being homosexual are forced to give up their phones and lists of homosexual colleagues. Many transgender and human rights groups say that this criminalization is degrading and should be ceased, calling it a “witchhunt”.

Knowing the consequences of being homosexual in the military, some hospital staff tell gay people to act disabled so they can be declared as “unfit for service” to avoid the harassment. They instructed people how to act so they could be sent to mental health facilities instead of going to the military. One soldier told Amnesty International that, “I refused to be labelled in this way. I felt I had lived my life well prior to the military and knew that I was not the source of the problem. This whole experience led me to attempt suicide because I lost the will to live.”

The Future of Transgender Rights

Although homosexuality is legal in South Korea, that doesn’t mean these people get equal treatment. There is no legal protection against discrimination. Same sex marriage, which is opposed by around 60 percent of South Koreans, is also illegal. However, the public’s perception of gender issues have slowly changed over the past years. More TV dramas and movies are being made regarding the issue. But at least for now, transgender people will still face discrimination, insults, and abuse.

Steger, Isabella. “Being a Progressive Politician in Korea Doesn’t Stop You from Being Homophobic.” Quartz, https://qz.com/970015/being-a-progressive-politician-in-korea-doesnt-stop-you-from-being-homophobic/. Accessed 20 Jan. 2020.