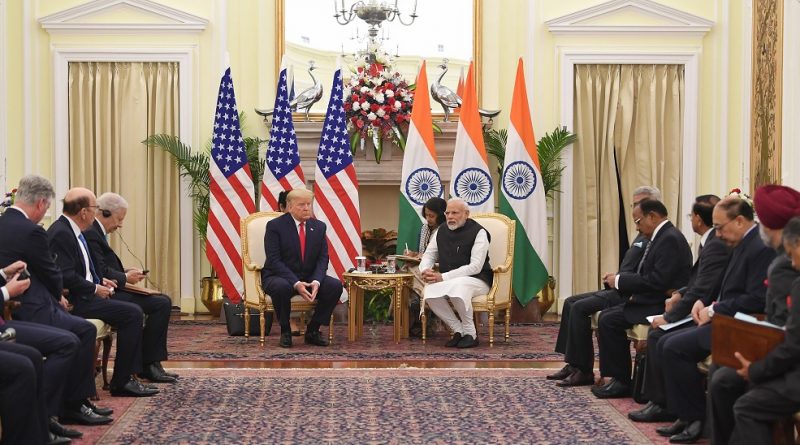 A recent excursion to India has brought President Donald Trump plenty of mixed reviews. The state visit was meant to cement new announcements on trade and security with the Prime Minister of India, Narendra Modi. However, these issues remain unresolved, with the results mostly seeming to be photos and an improved relation between Trump and Modi. Trump’s comment on the visit was that they discussed trade terms but simply failed to reach an agreement. A resolution would need to be reached in the long term. In addition, he also mentioned talks about religious freedom; India has been struggling with protests against the Hindu nationalist stance due to the status of Muslims. Once again, the conversation ended with no conclusion. Trump’s overall words for the visit were: “This has been a very special visit – unforgettable, extraordinary.” followed later by “What can you say? Very, very wonderful to be with [Modi].” Despite Trump’s comments, many believe that his visit entailed much spectacle and discussion with no substantial results.

Before heading to India, Trump set up expectations for important political matters and trade deals. He stated that “I am optimistic that, working together, the Prime Minister and I can reach a fantastic deal that’s good and even great for both of our countries.” Trump also  mentioned his intentions of reducing the trade deficit between the countries.

Other than the public’s dissatisfaction with results, there is also much controversy surrounding the luxury of the visit. Many view the visit as an ego booster for Trump rather than a pure political talk. This viewpoint may come from the fact that Trump rode his presidential limousine to the presidential palace, Rashtrapati Bhavan. The vehicle was accompanied by horseback riders. Modi even built walls to restrict the view of poorer neighbourhoods and had a parade with 100,000 people singing as Trump entered a newly built stadium. As Parton puts it, “the crowd began leaving in large numbers halfway through, but Trump didn’t seem disturbed. He had gotten what he wanted, a gigantic public spectacle in his honor.”

The Hindu versus Muslim conflict did not helping Trump’s image either, as many news outlets mentioned the deaths and violent protests taking place during his stay. Trump had previously placed a strict travel ban prohibiting Muslim entry into the United States, which doesn’t help his case. However, American officials are concerned with this issue and have expressed their concerns with Modi’s expected new law to deny Indian Muslim citizenship. Trump had no direct response to this issue and rejected requests for him to take a public position on the law. Ironically, amid all of the Muslim and Hindu conflict, Trump decided to publicly pay his respects to Gandhi, a man who was known for his vision of an India with peaceful Hindu and Muslim coexistence.