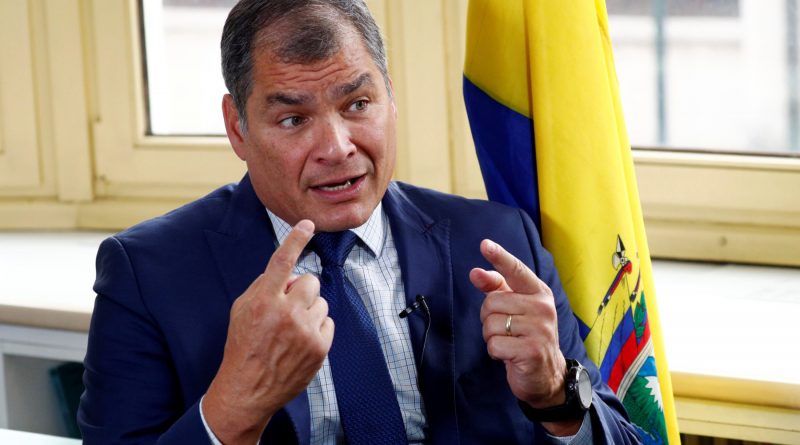 Rafael Correa, president of Ecuador from 2007 to 2017, was the recipient of a much unwanted 57th birthday present last Tuesday: a sentence in absentia to eight years in prison. Currently living in Belgium, he is considered a fugitive by Ecuadorian courts and is subject to arrest if he returns—unless he can appeal his conviction.

This is not the first time Correa has faced accusations; in the past, he has been alleged of abuse of power and suppression of the press, as well as the kidnapping of an opponent—records that are certainly not of great help.

This time, Correa, along with nineteen colleagues of his, were convicted of bribery. He was found guilty of corruption during his ten-year term in office, accepting six million pounds (roughly 10 million Canadian dollars) in bribes from private businesses in return for state contracts from 2012 to 2016 and during his election campaign. His crimes were revealed by a file in an email, containing the names of several companies, along with the amounts and dates of payment.

Many of those convicted denied their charges. On Twitter, Correa said “I know the process and what the judges say is a LIE. They’ve proved absolutely NOTHING. Pure false testimony without evidence,” and, while expressing concern for his colleagues, he adds that “For sure [they’ll] win (an appeal) at the international level because all this is ridiculous.” He himself has made accusations against the judges for complicity. His former legal secretary too has claimed his own conviction to be “full of lies” and that he “never received campaign money and [has] proved it.”

Correa changed his mind about retiring from politics since his move to Belgium and has been deciding to run again for office in 2021 with a wish to “take the fatherland back,” but his conviction would ban him from politics for 25 years by the court. Denying any wrongdoing, Correa described his charges as “the worst and fiercest political persecution in the region” by his political foes to “achieve what they never could at the ballot box.”

Although extremely charismatic, Correa has always been a divisive political figure, described as “paradoxically the most popular and the most rejected political figure in Ecuador” by political analyst Rafael Balda, who also believes “his presence on the ballot would lift his political party.”

As a socialist, and with the subsiding wave of left-wing governments in Latin America since his term in office, Correa’s case will likely have a great impact on the future political landscape of Ecuador—especially as it is happening during a time when the coronavirus epidemic is already straining the country’s political system.