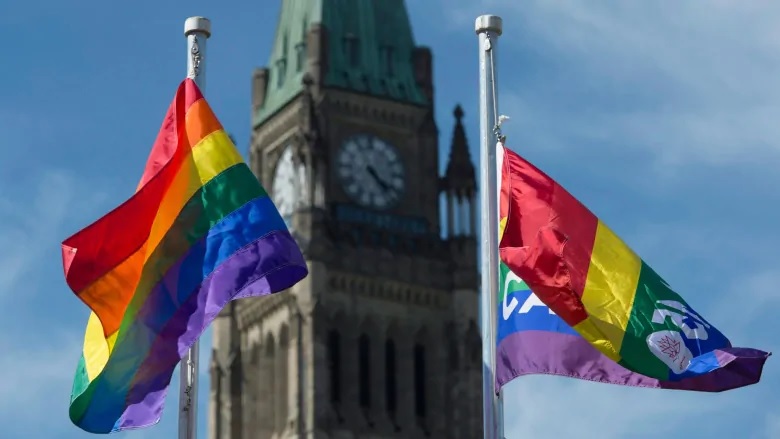 The Liberal government has presented a bill to ban conversion therapy

What is conversion therapy?

Conversion therapy, or reparative therapy, is an umbrella term for a range of dangerous and ineffective practices which claim to change a person’s sexual identity. The treatment is usually performed by right-wing religious groups. Practitioners use aversive conditioning techniques techniques by giving a negative stimulus when the patient is shown images of same sex relationships and positive stimulus is given when shown images of heterosexual relationships. Other methods include the use of different discussions techniques aiming to find and eliminate the reason the patient is transgender. There are many negative effects of conversion therapy including depression and anxiety, both of which may lead to other issues such as drug use. Many people feel pressured to take conversion therapy because they are discriminated against for being LGBTQ+. Pressure from parents is also a factor, leading to minors being the most vulnerable to giving in to the pressure of reciving conversion therapy.

Currently, it is up to individual provinces to ban healthcare professionals from performing conversion therapy – which no credible healthcare worker would perform in the first place. The provincial government in BC currently neither funds nor premits the practice of conversion therapy. Liberal MPs Bardish Chagger and David Lametti recently presented bill C-8 to the house of commons, aiming to ban conversion therapy on the federal level. On March 10th, Prime Minister Justin Trudeau tweeted, “Conversion therapy is harmful, degrading, and has no place in Canada. Period.” Bill C-8 would land anyone who advertises or profits from conversion therapy two years in jail—and five years if it is against their will or perfromed on a minor.

If the Legislature passes Bill C-8, Canada would join 18 U.S. states as well as Brazil, Ecuador and Malta in banning conversion therapy. The bill has the support of the New Democratic Party, as well as the Bloc Quebecois, which should accelerate its passing in the House of Commons.

Although this bill sounds great, there still are some questions that need to be answered. Religious discussions have been a particular topic of interest. Although Lametti said that open-ended and exploratory conversations would not be included by law, the definition of conversion therapy is to “repress or reduce non-heterosexual […] behaviour.” So the question remains whether religious groups will be able to influence their members on gender issues. This opens up the further question of whether or not adults will be able to pursue conversion therapy if it is unadvertised and uncompressated. On this matter, Lametti told reporters on Monday that it would be difficult to tell adults what to do without bumping into Charter.

The first reading happened on March 9th. However, further movement of the bill will slow down due to opposition from both the NDPs and Conservatives. Moreover, Parliament has been suspended for the next week due to COVID-19, further slowing the passing of the bill.

Impacts on the LGBTQ+ community

Regardless of what bills the government puts forward, the fundamental issue of homophobia still exists. The reason people willingly receive conversion therapy is usually because they face discrimination and social prejudice from friends or family. Social issues can seldom be solved politically; although this is certainly a step in the right direction.