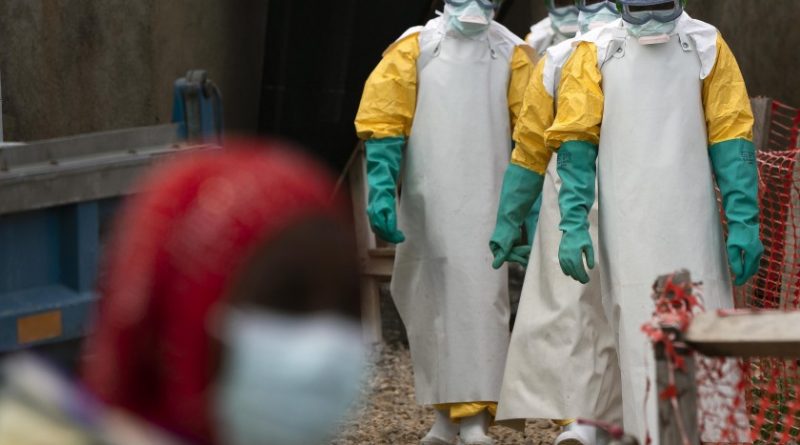 What is going on in the Democratic Republic of the Congo?

Amidst the ongoing global pandemic, the threat of a much more devastating disease has recently resurged in central Africa. Since the virus was discovered in 1976, there have been ten previous outbreaks of Ebola in the Democratic Republic of the Congo (DRC), this one marking the eleventh. In this instance, there have only been six reported cases; of those, four have passed away and two have made a full recovery. While those figures don’t seem all that concerning at first glance, to understand what could happen in the future, one should first look to the past.

The Ebola virus is widely known for being one of the most deadly on the planet, largely because there is little distinction between the species of Ebolavirus that exist. In the Zaire Ebolavirus, outbreaks see mortality rates from 60%-90%, whereas the Bundibugyo species has only seen one outbreak with a mortality rate of 25%. The preceding two, as well as the current outbreak, have all been of the deadly Zaire species. Although each has a mortality rate of over 60%, the distinction lies in how well the virus was contained. The World Health Organisation (WHO) responded within hours to the ninth outbreak of 54 reported cases and ultimately succeeded in containing the disease to four separate locations. The tenth, however, has been much more devastating. The outbreak was in its final stages and has seen over 3400 cases and 2200 deaths. Luckily, the likelihood of the DRC experiencing an outbreak similar to the tenth is very low. The WHO has responded rapidly to new cases by sending doctors to treat patients and educate residents in high-risk areas. Considering the instant response given by the international community, the DRC is most likely going to experience a smaller outbreak, with a much lesser impact on the economic stability of the nation.

Why is this a problem?

Outbreaks such as the two currently spreading in the Democratic Republic of the Congo are manageable to a degree, but every country and organisation has a breaking point. Aside from Ebola, the DRC already has a lot on their plate at the moment. Unable to avoid the global spread of COVID-19, the DRC has reported 3195 cases and 72 deaths resulting from the pandemic. The most pressing disease in the DRC right now is not Ebola nor COVID though. Beginning in 2019, the DRC experienced one of the world’s worst outbreaks of measles. Nearly 370,000 people have contracted the extremely contagious disease and over 6700 have died. These deaths are not only rooted in a long-term economic disparity, they are the result of the unwillingness of the DRC’s government to take the necessary steps to improve their economy. The handling of measles, Ebola, COVID-19, and their overall healthcare system is putting too much strain on the WHO that should belong to their government.

Annually, the DRC spends CAD $43 per capita on healthcare. Although the WHO has not published how much money they have allocated to the Democratic of Republic of the Congo in the past two years, they have announced how much they intend to spend on Africa as a whole. For the 2020-2021 proposed budget, they have allotted CAD $1.3 trillion on the continent. As the third-poorest country in Africa, the DRC will likely cost the WHO a lot of money, especially with a population in the global top 20. With a labour force of less than 30 million for a population of over 75 million, it’s clear why the nation is struggling to achieve economic stability. The government’s recent growth in corruption since the 1970s has caused it to miss out on what could have pushed the DRC into a better financial position than the U.S. finds itself in today. Currently, the DRC has confirmed at least CAD $32 trillion in untapped natural resources. Utilising members of the largely unemployed population to harvest even a small fraction of said resources, mostly in minerals, would push the DRC into the top 20 national economies in the world. The effect of this on the WHO would be phenomenal. Not allocating such a large portion of their budget to the DRC but receiving contributions in return would change the future of healthcare in Africa and the world.

One might wonder why this hasn’t been done before; anyone would be right to ask that, and the answer is unfortunately nowhere near as simple as the question. Centuries of slavery, corruption, and war might make some wonder how they’re as well off as they are. Currently, they score in the bottom 20 out of 180 countries on the corruption index⁠—their own government is the only thing holding the Democratic Republic of the Congo back from joining the ranks of the global superpowers.

The sad reality of the DRC is that problems such as corruption cannot be solved without total reform or revolution, neither of which are likely to be achieved until the citizens can guarantee they won’t die of basic health complications in their fighting. Until the DRC can overcome Ebola, COVID-19, and measles with an improved healthcare system, the future of the country sees it trapped in the cycle of poverty for many years to come.

Mazumdar, Sumit. “World Health Organization: What Does It Spend Its Money on?” The Conversation, 7 May 2020, theconversation.com/world-health-organization-what-does-it-spend-its-money-on-136544.