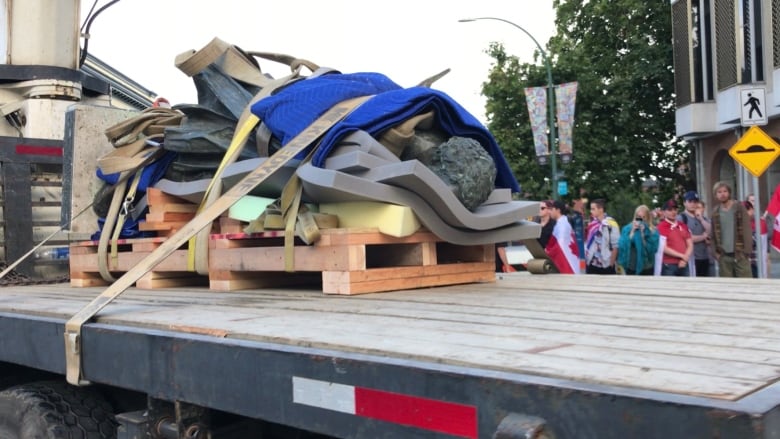 Victoria’s decision to remove City Hall statue of Sir John. A MacDonald raises crucial questions about how we treat our historical figures.

On August 11th, a statue of Sir John A. MacDonald, Canada’s first Prime Minister, was taken down from the front steps of Victoria’s city hall after a 7-1 City Council vote earlier that week. Although the decision was made to further reconciliation efforts with local First Nations, it has left many, in Victoria as well as in Canada, angry.

Widely seen as a father of Canadian Confederation, Sir John A. MacDonald is respected through the country. However, like many others, he also played a pivotal role in both the establishment of Canada’s residential school system and the wider systemic oppression of First Nations peoples in Canada’s history. Activists have called for the removal of statues honouring him, citing the immense damage and “cultural genocide” his actions have caused.

In 2017, a formal reconciliation effort began between the city of Victoria and both the Songhees and Esquimalt Nations of the area, resulting in the formation of a “City Family” whose goal was to provide input on reconciliation efforts. One such recommendation was the removal of the City Hall statue of Macdonald, which was later championed by Victoria’s Mayor, Lisa Helps.

On her blog, Mayor Helps writes that that “Indigenous people do not need to walk past this painful reminder of colonial violence” when they go to City Hall, going on to talk about the need for reconciliation with the First Nations. For now, the statue will be stored until “an appropriate way to recontextualize Macdonald is determined”.

While some Canadians are supportive of Victoria’s choice, others are strongly opposed to the removal, accusing Victoria of “historical vandalism” of a key Canadian figure. A small protest was held the day in front of Victoria’s City Hall following the announcement, while nationwide, people have taken to Twitter to voice their discontentment.

Conservative Party leader Andrew Scheer criticized Victoria via Twitter for “[allowing] political correctness to erase our history,” while Ontario’s Premier, Doug Ford, tweeted Ontario’s government would be “happy to give Sir John A. a new home in Ontario” if Victoria was willing to part with the statue.

The removal of the statue also triggered renewed acts of vandalism of MacDonald statues across the country. In Montreal, self-proclaimed “anti-colonial vandals” spray-painted a statue of MacDonald completely red, while in Regina, MacDonald hands were found red. In an anonymous news release, the Montreal group revealed they were inspired by Victoria’s actions and urged Montreal to follow suit.

The Future of MacDonald

This isn’t the first time statues have caused controversy in Canada this year. This January, in an effort to reconcile with local First Nations, the government of Halifax took down a statue of Edward Cornwallis. Although widely regarded as the father of Halifax, he issued bounties for the scalps of the local Mi’kmaq people.

Victoria’s choice brings up interesting questions about historical monuments. Is it possible to celebrate the achievements of important historical figures but also recognize the harms they have caused? How can our society reconcile with First Nations but also preserve the legacies of historical figures?