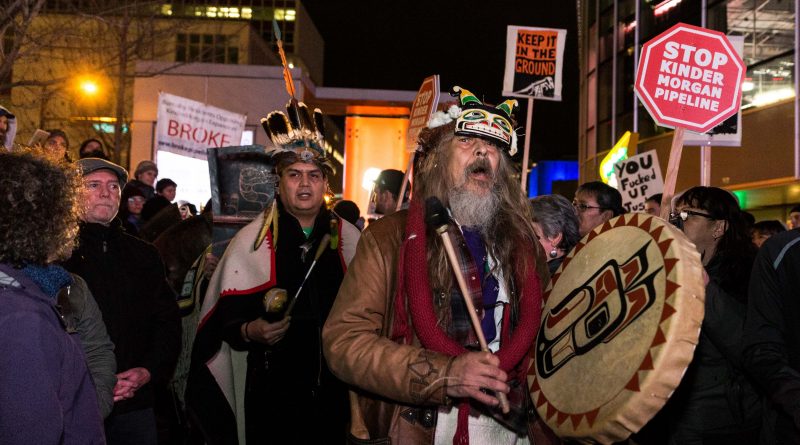 The Supreme Court of Canada declined to hear from B.C. First Nations

What is the Trans Mountain Pipeline?

In use since 1953, the Trans Mountain Pipeline runs from Edmonton, Alberta to Vancouver, B.C. It is the only pipeline that runs between these two areas. In 2013, the National Energy Board approved a proposal by Kinder Morgan, the pipeline’s previous owner, to increase the capacity of the line from 300,000 barrels per day to 890,000 barrels per day by constructing another span roughly following the same route as the existing line. Once Kinder Morgan rolled out their expansion plans, the project met heavy opposition, especially from B.C.
The federal government purchased the pipeline in August of 2018 to ease its construction. That same month, the Federal Court of Appeal overturned the approval for the expansion, citing the government did not conduct adequate consultation with First Nations groups and assess its environmental impact. The project was re-approved in 2019 after the federal government completed more consultation. Nevertheless, Indiegnous groups still found the consultation inadequate and filed another appeal. Yet The Federal Court of Appeal rejected it in February this year.

Indigenous Groups Challenge 2nd Appeal Against the Pipeline
Four First Nations groups—The Squamish Nation, Tsleil-Waututh Nation, Ts’elxwéyeqw Tribes, and the Coldwater Indian Band—have sent new application of appeal to the Supreme Court of Canada, the nation’s highest court, looking to overturn the decision made by the Federal Court of Appeal in February.
On July 2, the Supreme Court made the decision not to hear the concerns of the First Nations. The Supreme Court decides what cases it will hear, and does not provide reasons, as it is customary. Chris Lewis, an elected councillor and spokesperson for the Squamish Nation, said “To say we’re disappointed is an understatement.” The Squamish, Tsleil-Waututh, and Coldwater Nations now say they are looking for other legal methods to prevent the construction of the pipeline.

Although the Nations have not stated what other legal options they may be using, one leader said that the regulatory process is still ongoing. Route hearings done by the Canada Energy Regulator are still underway: the hearings do not allow for debate regarding the approval of the project, but rather aim to determine the best possible route for the pipeline.
Currently, the route hearings are taking place through the Chilliwack area where First Nations, homeowners, and a parent advisory council are voicing their concerns regarding the pipeline and its potential impact on freshwater aquifers and cultural sites.
Similarly, Coldwater Nation has been pushing for years to divert the pipeline from passing over the aquifer which residents receive their drinking water from.

Not everyone is disappointed

Albert Premier Jason Kenny said, “This is yet another critical victory for pipelines, for our prosperity,”. He claimed that 120 out of 129 First Nations affected by the pipeline do not oppose it or approve of it. Politicians in Ottawa are also happy with the Supreme Court’s decision.
In a statement on Thursday, Trans Mountain CEO Ian Anderson wrote, “We are pleased with the court’s decision to dismiss these applications and uphold the Federal Court of Appeal’s decision.”