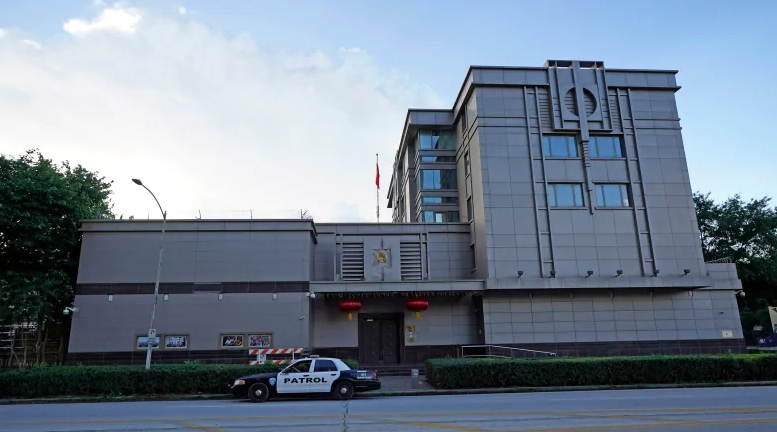 What does this entail for the strained relations between the U.S. and China?

The closure of the Chinese consulate

On Tuesday, July 21st, U.S. officials called for the shutdown of the China Consulate General in Houston, Texas. This decision was made due to allegations that the consulate was part of a larger Chinese political spying effort through the use of diplomatic facilities around the U.S. The consulate was believed to be a part of fraud activity at a Texas Research Institute. U.S. officials claim that the consulate was “directly involved in communications with researchers and guided them on what information to collect”. The U.S. government believes that the Houston consulate is the tip of the iceberg to a network of other consulates that instructs individuals on how to evade and obstruct U.S. investigation. The U.S. declared that China had 72 hours to cease the activity of the Consulate. The Chinese Foreign Ministry called this move an “unprecedented escalation” of the tensions between the two countries.

High tension between the US and China

Recently, the relationship between the two major countries has been strained due to several factors, including an ongoing trade war, the coronavirus pandemic, and U.S. criticism of human rights abuses in Hong Kong and Xinjiang. The U.S. began setting tariffs and other trade barriers against China in 2018 and the economic warfare continues to this day. Trump has also been vocal in blaming China for the coronavirus pandemic, calling the virus the “Chinese virus” in various official statements. The U.S. is currently working to strengthen its national security measures against China, including banning the popular social media app TikTok. The U.S. government claims that Chinese software companies will be sending American data back to China whether that is through platforms such as WeChat or TikTok.

Significance of the closure

The closure of the Houston consulate was a deeply escalating move in the tensions between the U.S. and China. As the Trump administration struggles to gain the favour of voters due to the coronavirus pandemic situation, many speculate that the movement of “Anti-China” attacks may be an attempt to appeal to Trump supporters. The Secretary of State Mike Pompeo has been aggressively pushing “hard-line” policies on China and said that the Trump administration was “setting out clear expectations as to how the Chinese Communist Party is going to behave.” The Chinese Embassy in Washington claimed that “the U.S. accusations are groundless statements.”

How has China responded?

A few days later on Friday, July 24th, China ordered the U.S. to close its consulate in the city of Chengdu. The U.S. condemned this action, claiming that China was only making a move in order to retaliate against the Houston consulate removal, while the U.S. action was to preserve its national security interests.

Chinese spokesperson Wang Wenbin has called the Trump administration’s actions illegal under international law and labelled it as the latest in the series of U.S. aggressions towards China. “For some time, the United States government has been shifting the blame to China with stigmatisation and unwarranted attacks against China’s social system, harassing Chinese diplomatic and consular staff in America…”.

An associate professor at the School of International Studies At Renmin University in Beijing said the U.S. had never taken such a step against China since the diplomatic relationship was established in 1979.