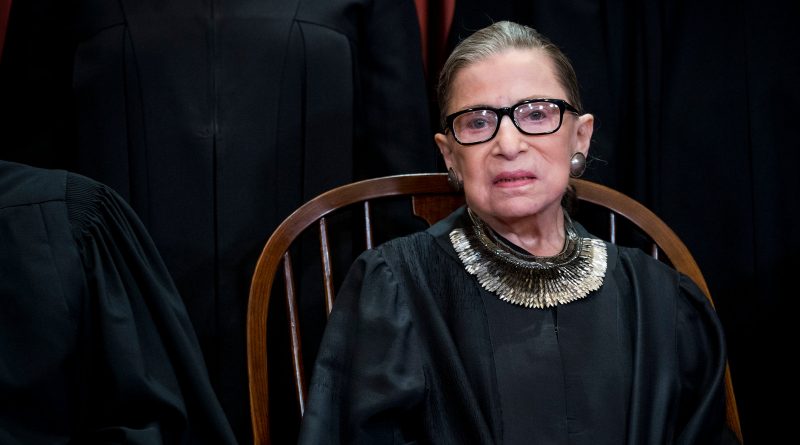 Her Legacy and the Future

Ruth Bader Ginsburg passed away at 87 years old on September 18, 2020 as a legal, cultural, and feminist icon. The Supreme Court announced her cause of death as complications from metastatic cancer of the pancreas. She served 27 years on the nation’s highest court and her death led to many concerns over who will succeed her, particularly due to the upcoming presidential election.

Ruth Bader Ginsburg was born to Jewish immigrants and grew up in a low-income, working class neighbourhood in Brooklyn. In 1954, she graduated first in her class, earning a bachelor’s degree in Government from Cornell University. Shortly, after she gave birth to her first child before she returned to study as a law student at Harvard. During this time she encountered sexism and a lack of female representation in law, which would reflect her later work. Ginsburg eventually transferred to Columbia Law School, graduating first in her class once more, yet she struggled to find employment.

During the 70s, she became the first female professor and the director of the Women’s Rights Project of the American Civil Liberties Union, where she argued six important gender equality cases in the U.S. Supreme Court. She held strong beliefs that law should be gender blind and all groups should be entitled to equal rights. By 1993 she was appointed to the U.S. Supreme Court by President Clinton, after working in the U.S. Court of Appeals for over 10 years. As a judge, Ginsburg continued to present a strong voice for gender equality, the rights of workers and the separation of church and state.

The proximity of the 2020 election has resulted in a heated debate over when the confirmation voting will be held to determine the successor of Ruth Bader Ginsburg on the Supreme Court. Trump’s choice is expected to be Judge Amy Coney Barrett who, if confirmed, will result in a 6-3 conservative majority in the court. The nomination of a female successor is also a move that may help Donald Trump gain more female supporters. The Democrats have opposed the fast moving process, hoping to delay the nomination confirmation until after the election, however, this will most likely be difficult. The senate majority leader Mitch McConnell has vowed to hold a confirmation vote before the election in November. The opposing side is comparing the current situation to 2016, when McConnell refused to hold a vote to confirm the nominee put forward by President Barack Obama, with the stance that justices should not be approved during the election year. McConnell claims that this year the situation is different as the same party holds both the Senate and the White House.

Who is Judge Amy Coney Barrett?

Since the nomination from President Donald Trump, Barrett has received major criticism for her conservative views. She has worked in the federal appeals court for the last three years, holding a position that was also nominated by Trump. If confirmed, she will become the youngest justice on the U.S. Supreme Court at age 48. The Senate confirmation of her nomination is highly likely as Republicans currently hold a majority and are claiming to support Barrett. Many left wing voters express concern over Barretts beliefs from past court cases and media. While Barrett has never ruled a direct abortion case, she has spoken out publically on her stances, claiming that life begins at conception. Barrett has also argued against the Supreme Court decision to uphold the Affordable Health Care Act and is known to have referred to transgender women as “physiological males.” Due to her conservative beliefs, her likely role in the Supreme Court draws worries from many Americans and voters are hoping that their vote in the upcoming election will alter this decision.