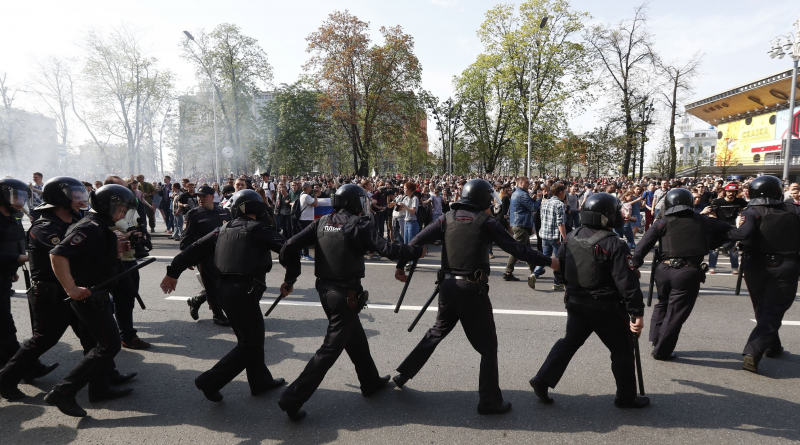 Who is Alexei Navalny?

Alexei Navalny is a 44-year-old lawyer, activist, Putin’s biggest rival and critic in the country, leading the opposition against him in Russia. He became prominent by exposing the corruption of high-level officials on his blog in 2010 and founded the Anti-Corruption Foundation a year later. Navalny has been attacked by pro-Putin supporters multiple times, served several short sentences in jail, and was poisoned in August 2020 with the chemical weapon Novichok. He was treated in Germany.

Why are Russians protesting?

Navalny returned to Russia in January 2021 after recovering and was immediately arrested. He was condemned to two years and eight months in jail by a Moscow court. They ruled that he had violated terms of probation from a 2014 conviction by going to Germany to convalesce despite the European Court of Human Rights finding that the conviction was unlawful and Russia having paid him compensation. This event ignited protests in at least 85 Russian cities, demanding Navalny’s release and chanting anti-Putin slogans.

Police were reported to have been very brutal with demonstrators and detained more than 5,000 people across the nation—the largest one-day total in Russia since Soviet times. Among those detained were Navalny’s brother, Oleg, and several of his allies; the police also searched Navalny’s apartment. Video footage taken in Moscow and St. Petersburg show police using taser-like devices against people who did not seem to be resisting arrest. The usage of tear gas in St. Petersburg was also reported. This giant show of force may reflect anxiety in the Kremlin as Navalny appears to have united dissimilar Putin critics from all over Russia.

Navalny’s arrest and imprisonment also provoked criticism from countries around the globe. For instance, in his first call with Russian President Vladimir Putin on January 23rd, U.S. President Joe Biden raised concerns about Navalny’s arrest. He has formerly criticised the use of chemical weapons in Navalny’s poisoning.

Diplomats from more than six western countries attended the Moscow court during which Navalny was sentenced to prison. The Prime Minister of the United Kingdom, Boris Johnson, said the ruling was “pure cowardice” which failed to meet “the most basic standards of justice,” and that Navalny “must be released immediately.”

In October 2020, the EU had already imposed sanctions on six top Russian officials and a chemical weapon research centre after accusing them of direct involvement in Navalny’s poisoning. Now, the European Parliament’s Standing Rapporteur on Russia has said that sanctions should be imposed on those involved in the jailing of Alexei Navalny and that the EU should consider the promotion of democracy as one of its main priorities without any more illusions about President Vladimir Putin. Diplomats from Sweden, Poland, and Germany have also attended a protest and were expelled by the Russian Foreign Ministry on February 5th, putting further strain on EU-Russian relations.

The Kremlin denies any involvement in the poisoning of Navalny. The western diplomats’ presence at the court ruling was deemed “meddling” by Maria Zakharova, a spokeswoman for the Russian foreign ministry. She further declared, “It exposes the mean and illegal role of the collective west in attempts to restrain Russia. Or is it an attempt to put psychological pressure on the judge?” Concerning the apartment search of Navalny and detentions of his allies, Putin spokesman Dmitry Peskov said that they were a legitimate part of police efforts: “Law enforcement agencies are doing their job. There were numerous violations of Russian laws, and law enforcement agencies are at work,” he said in a conference call with reporters.

The imprisonment of Navalny may stir up more trouble for Putin, because “Navalny became not only a political force but also a moral one…It’s not just the political opposition, but civil society that’s irritated by the cruelty—the behavior of the police and courts,” insists Andrei Kolesnikov of the Moscow Carnegie Centre. Many demonstrators say that they are protesting for the first time, less for Navalny and more against the cruel treatment he has received. As Prof. Nina Khrushchev of International Affairs at the New School in New York said, “we are entering a very, very shaky situation in Russia right now.”

“What You Need to Know about Alexei Navalny’s Arrest and the Nationwide Protests in Russia.” Global News, https://globalnews.ca/news/7595321/alexei-navalny-putin-protests-explainer/. Accessed 7 Feb. 2021.

“Who Is Alexei Navalny – and Why Is He a Threat to Vladimir Putin?” The Independent, 21 Aug. 2020, https://www.independent.co.uk/news/world/europe/alexei-navalny-poisoned-putin-kremlin-russia-coma-siberia-a9681776.html.