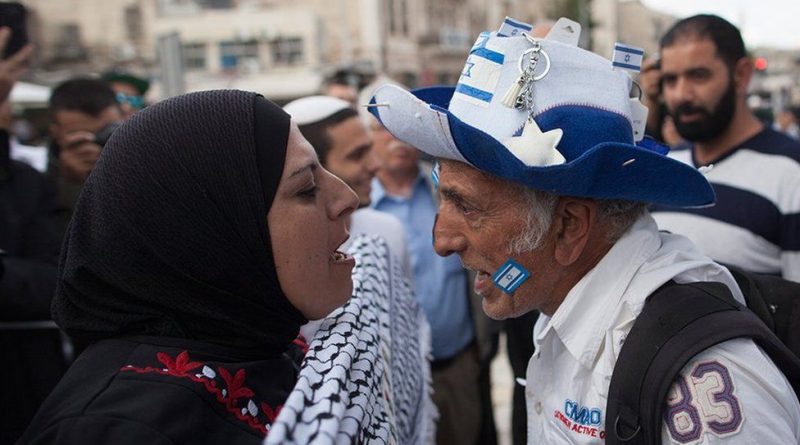 Tensions rise between Israel and Palestine; at the center of it all is the recent conflict on the Gaza Strip.

The Gaza-Israel conflict is part of the almost century long Israeli-Palestinian conflict which began with the attempt to create a Jewish state on land which Palestinians currented resided on. Now, Palestinians are restricted to the West Bank and the Gaza Strip. The Gaza Strip has been the scene of many power struggles for a long time as this conflict has gone on and is a source of the resistance against Israel seen in recent news.

Hamas is a large Palestinian militant Islamic group formed in 1987 after the first Palestinian uprising against Israeli occupation of the West Bank and Gaza Strip. The uprising gave the group its name — Hamas — which is an Arabic acronym for the Islamic Resistance Movement. When Israel withdrew forces and settlers from Gaza, Hamas became involved in political processes, winning legislative elections in 2006. Today, in spite of blockades from Egypt and Israel, the Hamas is able to function as a power and improve weapons. Even still, the economy has collapsed and there are shortages of necessities such as water, electricity, and medicine.

What Caused Tensions to Rise Between Gaza and Israel?

This spring, tensions rose again at the start of the Islamic holy month of Ramadan, beginning with conflict between Palestinians and the Israeli police. Rockets were launched from Gaza to Israel, who in turn, quickly responded with air strikes. Anger built up within Jewish youths in Jerusalem as camera footage of hate-crimes perpetrated by non-Jews, specifically Arab citizens of the city, were shared on the internet. These youths retaliated with anti-Arab comments and marched in protest of Arab assaults on Jews. These events escalated, injuring dozens and inspiring violence from both sides against the other. The exchange of airstrikes and rocket launches continued until a ceasefire was called on May 20, making way for humanitarian assistance.

Another major cause of rising tensions are the evictions of Palestinians from Shiekh Jarrah, a district in the disputed territory of East Jerusalem. Jewish settlers have been trying to evict 13 Palestinian families since 2008. Several weeks ago, Israeli courts ruled in favour of the settlers and evictions were carried out swiftly. Hamas encouraged local Arabs to form a resistance movement in the area; soon it was a hotspot for fights between police and protestors.

On May 10th, airstrikes from Israel killed 35 Palestinians in Gaza. This was an attempt to target the Hamas militant group which then reciprocated with rockets unleashed on Tel Aviv.

On May 16th, airstrikes from Israel killed 42 people; in retaliation, Hamas fired rockets into Tel Aviv and southern Israel from dawn and well into the day. This move targeted the financial capital of Israel as revenge for airstrikes on a high-rise building housing offices of Al Jazeera TV and associated press.

Consequences of the Recent Airstrikes

The U.N. Security Council came together in the first open session on this topic to discuss how an agreement could be reached to end the constant violence as soon as possible. For example, the U.N. Secretary General António Guterres said, “The only way forward is to return to negotiations with the goal of a two-states solution … living side-by-side in peace, security and mutual recognition, with Jerusalem as the capital of both states, based on relevant U.N. resolutions, international law and prior agreements,”. This statement somewhat simplifies the issues that are deep-rooted in each side. Palestinian Foreign Minister Riyad al-Maliki stated that such peaceful coexistence could not be achieved “until Israel bears the cost of occupation instead of reaping its benefits…How many Palestinians killed is enough for a condemnation?”