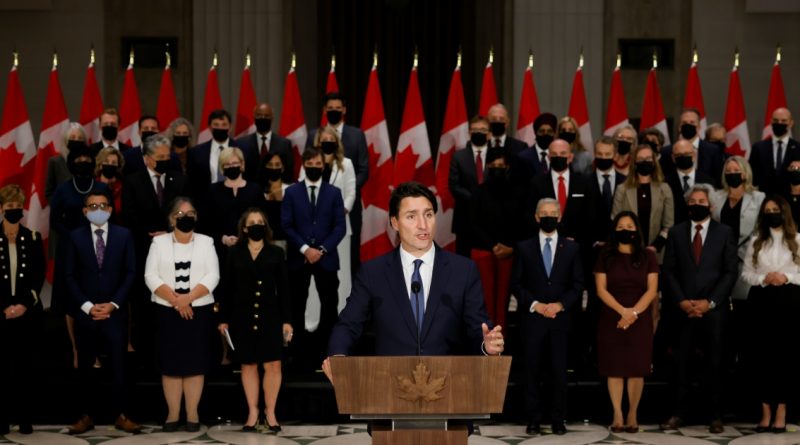 How does the new Parliament of Canada affect our country?

Canada has a Parliament, which is made up of various cabinet members. These members are the leadership for various aspects of government, such as defense or education. Prime Minister Trudeau has recently changed many cabinet members of Parliament, switching some of their departments or removing them completely.

Trudeau changed the cabinet leader for almost every fundamental ministry: Defence, Environment, Health, Indigenous Services, and Global Affairs. Some notable people include Anita Anand, who moved to Defence; Steven Guilbeault, who moved to Environment; and Melanie Joly, who moved to Foreign Affairs, climbing up the ranks since her demotion in 2018. One of the Trudeau’s past cabinet members was Harjit Sajjan, the former defense minister. He has been demoted to International Development, after calls for removal due to the ongoing military scandal, facing allegations about military sexual misconduct. Marc Garneau, the former leader of Foreign Affairs; Bardish Chagger, former leader of Diversity, Inclusion and Youth; and Jim Carr, former special representative for the Prairies were all moved out of cabinet. Trudeau did not provide explanations, and instead stated that he had to make “difficult choices” to create a “refreshed and reinvigorated team.”

Trudeau has also added six new women to his cabinet: Helena Jaczek, Kamal Khera, Gudie Hutchings, Pascale St-Onge, Marci Ien, and Ginette Petitpas Taylor. Nova Scotia MP Sean Fraser, the new Immigration Minister, is also a new face. Randy Boissonnault, the new Minister of Tourism and Associate Minister of Finance is one of only two Liberals from Alberta, and also one of the few MP’s who identify as part of the LGBTQ+ community. The cabinet continues to be 50% women and 50% men.

Conservatives quickly attacked Guilbeault, saying he is “more of an absolutist than a pragmatist.” Out of all the cabinet changes Trudeau has made, Guilbeault’s has sparked the most concern and controversy. He is a celebrated environmentalist, and it is uncertain how he will handle such a different role. Conservative Leader Erin O’Toole stated that Guilbeault was “an activist without an approach to uniting people.” It is true that Guilbeault was a former campaigner with Greenpeace and Equiterre—both independent organisations working towards sustainability—but he retaliated, saying “Obviously, I have a different role now than when I was in the environmental movement. But my desire, my motivation to come into politics was to work on the fight against climate change. And that continues to be what motivates me to be here.”

Soon after Guilbeault swore the oath at Rideau Hall, Alberta Premier Jason Kenney said he saw this new appointment as a grave threat to the nation, and columnist for National Post wondered how “dangerous” this new cabinet member would be. Guilbeault has a reputation among environmentalists as being too pragmatic, raising concern that cabinet ministers being too close to the issue they’re supposed to manage will cloud judgement.

For the Ministry of Environment, one of the top priorities currently are to cap greenhouse gases from the oil and gas industry. Perhaps with Guilbeault as the new minister, Canada will achieve these goals sooner than expected and continue making dramatic changes for a greener environment. Despite people’s fears about the new cabinet appointment, there is still nothing more to fear than climate change itself.

Responses from Other Parties

Conservatives are criticising the new Parliament, saying that it shows the government is “not serious about addressing Canada’s economic challenges.” They touched on the fact that many of these cabinet members are new and “ideologically driven individuals,” stating that this was “yet another example of Justin Trudeau’s record of style over substance.” NDP Leader Jagmeet Singh stated that he wanted to see concrete actions and tangible change from the government, moving “past the empty words and symbolic gestures and get to work helping people.” The new Parliament of Canada represents many things, and hopefully they are more effective at creating positive change for Canada than the past cabinet members.