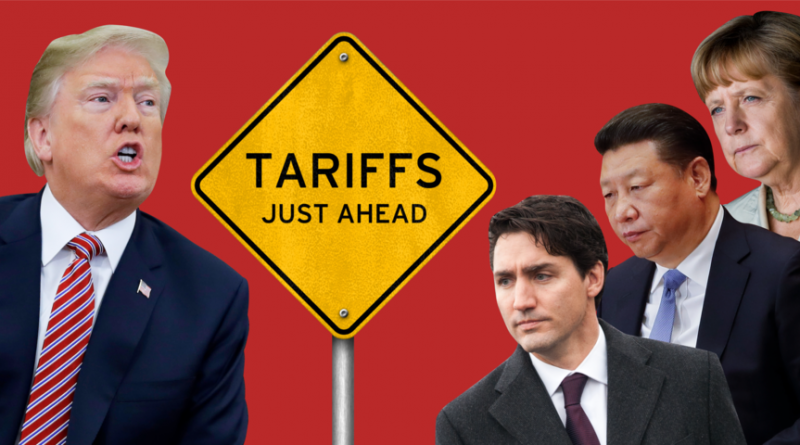 Ever since his presidential campaign began in 2015, Donald Trump has made it very clear that he will take a hard stance on trade. In the past few months, he’s shown he’s serious about his “America First” trade policy, seeking to eliminate the US trade deficit by imposing tariffs on countries such as China, Mexico, and Canada.

Why does Trump want to do this?

One of the things included in Trump’s “America First” promise was to eliminate the US trade deficit. Essentially, the US imports more goods and services than it exports. As of 2017, the deficit was $462 billion USD per year, the highest in the world.

One problem stemming from the trade deficit is the loss of American industry and jobs to foreign countries. As the US imports more goods, the market becomes more competitive, thus driving the prices lower. American companies cannot compete and instead relocate their factories and jobs to countries like China, causing many Americans to be unemployed.

Another problem arising from a trade deficit is how the US gets its money. The American government must borrow money from banks or other nations. People loan the US government money because the US Dollar is the most trusted currency in the world. If it were ever to lose that trust, creditors could demand their money back, potentially bankrupting the US.

To partially remedy the trade deficit, Trump has imposed a major set of tariffs on all foreign steel and aluminum, mostly affecting Canada, the EU, and Mexico. However, China is by far the leading cause of the US trade deficit, prompting Trump to put a special 25% tariff on over $50 billion USD worth of Chinese goods.

What are the impacts of tariffs?

Although tariffs on China were welcomed by many, the ones on American allies such as Canada and the EU were met with widespread condemnation. Canadian Prime Minister Justin Trudeau called steel and aluminum tariffs “totally unacceptable”, while many American senators from both parties urge President Trump to repeal tariffs on these longtime friends, saying that it detracts from efforts against China. In the meantime, Canada, Mexico, and the EU have all imposed similar counter-tariffs on American goods.

China has announced its own $50 billion USD set of tariffs on US goods it plans to put into action this July. These actions are sparking worries of a full-blown trade war between the US and China, where both sides continually raise tariffs to extreme levels, severely hurting the economies of both nations. Through his alienation of Western allies, Trump might be standing alone in his fight against China.