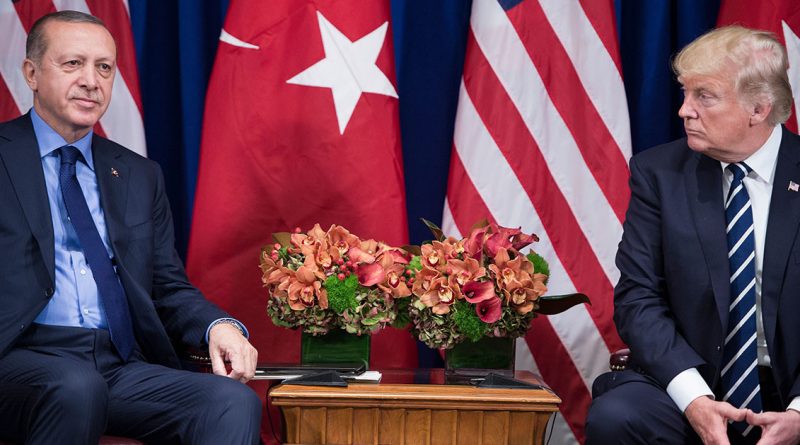 Andrew Brunson is an American who operated an evangelical church in Turkey. He was accused of having links to the Kurdistan Workers’ Party (an outlawed group pushing for the independence of the Kurdish state) and the Gulenist movement (a group blamed for the failed coup in 2016). Brunson denied charges of espionage, but faces up to 35 years in jail if found guilty. For the past two years, the US has gone to drastic measures in disputing for his release, leading the two NATO countries to impose tariffs on each other.

The two countries already had opposing views on other issues, like the Russian missile defense system and how to fight the IS. Furthermore, there’s the failed coup in Turkey in 2016, which Turkey blames the US for having engineered or otherwise taken part in. The US refuse to accept responsibility unless convincing evidence is provided. All this created the perfect environment for small complications to grow into big trouble.

Effects On The Turkish Economy

The Turkish economy was already fragile due to the heavy borrowing of foreign currency used to fuel the economic growth in preceding years. Tariffs have caused the Lira to lose around 39% of its value since January, and it continues to drop thanks to the US’s recent doubling of their tariffs on steel and aluminum. Other countries have also been affected – the currency in South Africa, Russia, India, and Indonesia have also declined in value.

To alleviate the crisis, President Erdogan of Turkey urges citizens to store up lira by exchanging it from foreign currency. The central bank will provide the necessary liquidity to keep money flowing in the Turkish financial system.

Tension continued to rise. On Monday, several shots were fired at the US Embassy in Turkey. There were no casualties. Two people with criminal records were detained, and despite the recent disputes with the US, Turkish officials were strongly against the shooting. The US has expressed their satisfaction with the “fast and professional action” in capturing the two shooters. The Turkish Presidential spokesman suspects it is merely an attempt at creating chaos – which, if he is correct, has thankfully failed.

President Erdogan is not likely to seek help from IMF, as it would involve too many other countries and would be frowned upon by most Turks. Recently, he has phoned Russia’s President Putin to discuss economic trade ties, which may alleviate the economic crisis. The most efficient step would be to talk it out with the US, which President Erdogan can’t be eager about considering the sanctions recently imposed.

However, a solution may yet arise. On Monday, Turkey filed a complaint about the US tariffs at the World Trade Organization, allowing the two to try and resolve the dispute without taking legal action. If talks fail after 60 days, a WTO panel can judge the matter.

Bilginsoy, Zeynep. “Shots Fired at Gate of US Embassy in Turkey, but No One Hurt.” ABC News, ABC News Network, 20 Aug. 2018, abcnews.go.com/International/wireStory/shots-fired-gate-us-embassy-turkey-hurt-57278680.

Letsch, Constanze. “Why Do Some Turks Hate the Gülenist Movement so Much?” The Guardian, Guardian News and Media, 23 Aug. 2016, www.theguardian.com/world/2016/aug/23/why-do-some-turks-hate-the-gulenist-movement-so-much.