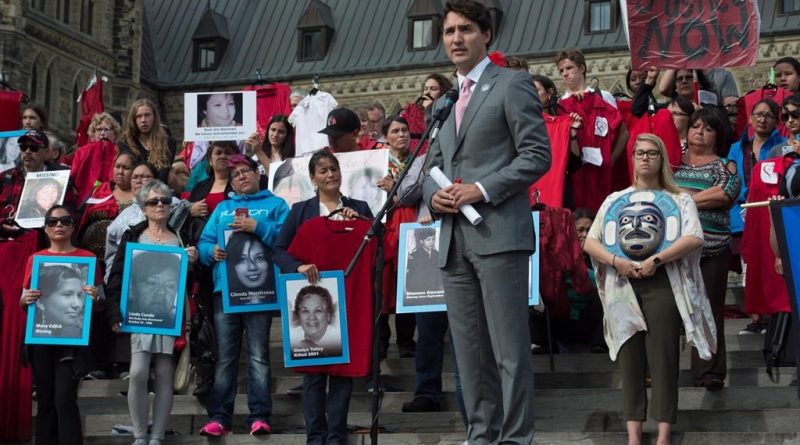 Will we ever find the cause of this mystery?

Indigenous women and girls make up only 2% of the Canadian population and 4% of the female portion. However, they make up 16% of all the murdered women in the country. In 2014, the RCMP collected data and published a report stating that 164 indigenous women have gone missing and 1017 have been murdered in just the past thirty years. Many of these are mysteries that remain unsolved. Though the database is rarely updated, a glance at recent timelines and news stories indicates that the numbers continue to rise.

Why Is This Happening?

The cause of the issue is complex, as many intertwining factors are involved. Systematic racism plays a definite role due to the history of colonialism. It is suspected that the residential schooling system plays a role as well – although the last residential school was closed in the 1990s, the system has left its scar on Canada that has yet to be healed. Other underlying causes for their victimization may include poverty and homelessness.

A national inquiry into the issue was part of Prime Minister Justin Trudeau’s promises in his campaign. After his election, the inquiry was finally launched in September of 2016. This $53.8 million national inquiry is entirely independent from all forms of government and is composed of four commissioners from across the country. Their goal is to identify and tackle the systematic causes of violence against indigenous women and girls. They also offer aftercare services for survivors of violence and affected families, which includes workshops for healing and wellness, traditional counselling from established Healers, Elders, or Cultural Liaisons, as well as memorial ceremonies. There is also a support line that one can call to talk to a counsellor.

Besides that, the issue has also been gaining awareness thanks to social media and better education. In fact, people have begun to object to the measures, or lack thereof, that the government is taking to prevent this issue from continuing. They claim that the government is not putting enough time, effort, and money toward the national inquiry, and some suspect the government of covering up the truth.

Regardless, the RCMP has taken small steps to address the issue. Since 2014, they have been specifying the ethnic backgrounds of all missing persons in order to collect more information and discover more patterns.

To this day, the national crisis persists. As indigenous women continue to be victims of violence, kidnappings, and murders, it is revealed that the gulf created through decades of systematic racism has not yet been bridged. The injustice of the past has carried through to the present. As said by Canada’s Human Rights Commissioner David Langtry, “This is a problem that has tremendous complexity and deep roots in Canadian history. We believe that the conditions of disadvantage faced by aboriginal people are among the most pressing if not the most pressing human rights issue facing Canada today.”

If we want Canada to be safe and equal for all, especially for those who are the rightful owners of this land, a resolution must be found soon.

“Find the Truth. Honour the Truth. Give Life to the Truth.” MMIWG – National Inquiry into Missing and Murdered Indigenous Women and Girls, www.mmiwg-ffada.ca/.

Wyler, Grace. “Why Are So Many Aboriginal Women Being Murdered in Canada?” Vice, Vice, 28 May 2014, www.vice.com/en_ca/article/bn57vd/hundreds-of-aboriginal-women-are-being-murdered-in-canada-and-no-one-knows-why-0000311-v21n5.