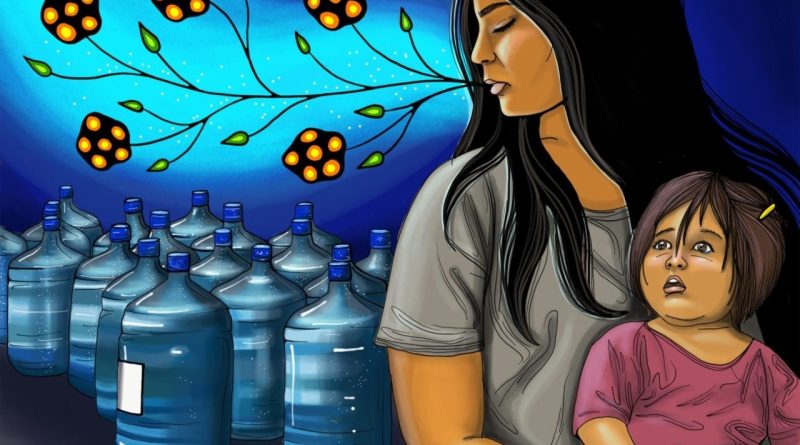 Even in 2018, thousands of indigenous people have no access to clean water

Canada is well-known for its freshwater, yet many Indigenous communities in the country still don’t have access to clean water. Over 70% of all First Nations water systems are at a medium or high risk for contamination, and approximately 75 First Nations communities are currently on boil-water advisories, meaning tap water must be boiled before it is safe to drink. This issue has been persisting for decades, first gaining awareness in 2005 when a severe case in Ontario made headlines.

Why Is This Happening?

Indigenous water systems fall under the responsibility of Indigenous Services Canada, unlike non-Indigenous communities which are cared for by the provincial government. The absence of binding water quality regulations makes it difficult to ensure that the provided water is safe and clean. Inadequate infrastructure and degraded water sources are also influential factors.

According to the David Suzuki Foundation – an environmental advocacy organization – the lack of training and support about water management in First Nations communities is further hindering improvement.

To better understand the severity of the issue – consider the Lytton First Nation. This is a rural on-reserve Indigenous community encompassing 945 people in the Fraser Valley of British Columbia. Some residents draw water from the Thompson River, where bacteria like E. Coli can be found because of animal feces and agricultural activity upstream. They were forced to either buy bottled water or just drink the water untreated. The latter has led to several child deaths.

In another case, when Lytton’s Nickeyeah Creek water facility could no longer be used, residents submitted a proposal for an upgrade to the Indigenous and Northern Affairs Canada department (who were responsible before ISC). It was rejected by an engineering firm because the $1.3m required was deemed too expensive for a facility serving only six houses. Afterwards, RES’EAU-WaterNet, a research network at the University of British Columbia, rebuilt a smaller and lower-maintenance one costing only $500,000. Regardless, a look at this community highlights the issue’s severity.

“If you go to some of our reserves you almost wonder like, wow, isn’t this the 21st Century? Why are they still living like that?” says Warren Brown, the water operator at Lytton First Nation.

In March of 2016, Trudeau’s government announced new commitments and funds, aiming to end all long-term water advisories by 2021. This is nothing new; billions of dollars have been spent on previous attempts that failed to produce lasting results. Currently, it appears that this commitment is going down the same path. Parliamentary Budget Officer (PBO) said in a report back in December that the federal government was allocating only 75% of the necessary funds. Similarly, the Council of Canadians claims that just a 0.5% increase in tax rate would fix the water crisis.

Though several improved water systems have since been built, there is still a long way to go. Recently, dozens of other reserves have been added to the list of advisories, counterbalancing those that were removed. The government nonetheless insists that the issue will be resolved by 2021.