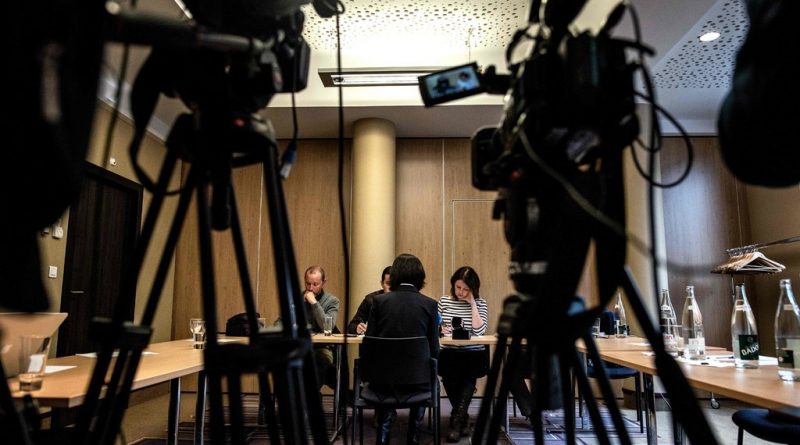 Interpol is a network of police forces connecting 190 countries around the world. Their goal is to help police cooperate in solving cross-border crimes, such as capturing criminals that have fled their home country. The member countries share data and have access to high-tech resources.

Meng Hongwei is China’s deputy minister of public security and has previously occupied other prominent positions in China. In November of 2016, he was elected president of Interpol, and with his wife and kids, moved to Lyon, France, where the headquarters are located. He travelled back to China in late September and was reported missing shortly afterwards. French police then launched into an investigation on his disappearance.

On October 7th, the Chinese Communist Party announced that Mr. Meng has been detained and put under investigation for suspicion of bribery and was now “under supervision.” A few hours after the announcement, Interpol received Mr. Meng’s official resignation with immediate effect.

China’s current president Xi Jinping began an anti-corruption campaign back in 2012, aiming to crack down all forms of corruption in the country. It is still in full effect, with many high-profile targets including government officials, billionaires, and A-list celebrities that have already vanished this year. This includes the infamous case of the actress Fan Bingbing who emerged in October with 883 million yuan (approximately 167 million CAD) in fines for tax evasion and other offences. It appears that Mr. Meng was merely the next target on the list, though there is are no traces of corruption leading back to him.

Meanwhile, China has also been seeking legitimacy, leadership, and influence on an international scale. Mr. Meng’s appointment, as the first Chinese head of Interpol, seemed like a huge step forward, though his detention now undermines that success. According to Julian Ku, a law professor at Hofstra University, his detention indicates that China’s domestic party dynamics still supersede international transparency. He also points out that other international organizations may not place a Chinese national in charge in the future for fear that the same case will happen, putting China at a disadvantage.

According to Elizabeth Economy, director of Asia Studies at the Council on Foreign Relations, the recent trend in arrests of senior officials could signify that the officials are not accurately vetted, or that the anti-corruption is failing to fulfill its purpose. Either way, it is an indicator of the party’s failure to police itself.

The Chinese authorities continue to hold their ground, claiming that the probe was “correct, wise and shows the determination of [president Xi Jinping’s] administration to continue its anti-corruption drive”.

At present, Mr. Meng’s whereabouts and his present situation can only be estimated. His wife believes he is in danger. She said that in their last text message exchange, Mr. Meng had sent a message saying “wait for my call” followed by a knife emoji. She suspects the knife emoji to be a signal that he is in danger.

“I’m not sure if he is alive,” said Ms. Meng. “[The Chinese authorities] are cruel. They are dirty. This thing shows it means they can do anything, I can’t imagine. No limit.”