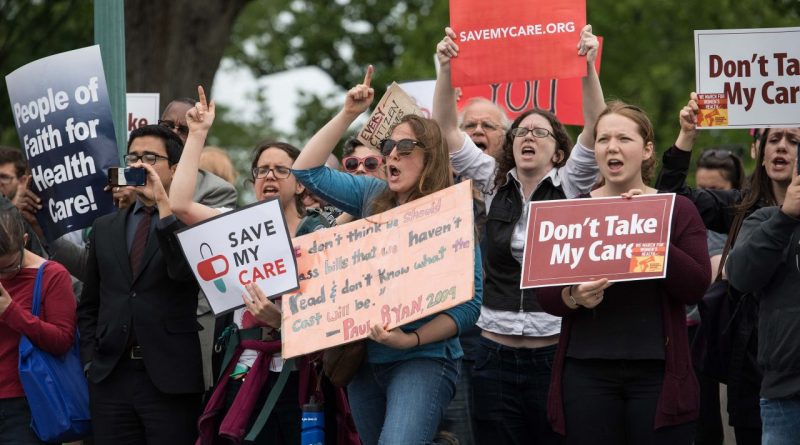 The Struggle For Affordable Healthcare

Unlike other high-income countries, the United States does not provide universal healthcare. Their healthcare system is made of publicly- and privately-funded programs along with different companies in competition.

There are two main government-funded programs. Medicaid provides service to low-income individuals while Medicare takes care of those aged 65 and older. Before the Affordable Care Act, also known as Obamacare, citizens that didn’t qualify for either program had to get insured by an insurance company. Though insurance plans were often provided by employers, those who were self-employed or whose companies didn’t provide a plan were forced to pay the cost themselves. However, thanks to the U.S.’s unusually high administrative costs, most people simply crossed their fingers and went without one.

In 2010, then-President Obama created Obamacare with the goal of reducing health care costs by getting all Americans insured. There were many benefits: insurance companies were held more responsible, more people were eligible for Medicaid, and wellness and pregnancy exams became free. As an incentive, those who didn’t enroll had to pay a 2.5% tax on their income. Since citizens were encouraged to see doctors, small illnesses were prevented from becoming expensive ones, which saved money in the long term.

However, Obamacare was not as effective as predicted. The Democrats had hoped that as more people paid for premiums, the competition between insurance companies would increase and drive the prices down. Instead, the prices actually rose because the insurance companies now had to cover chronic illnesses and provide more benefits. Republicans also claimed the Obamacare tax was unfair because it forced Americans to pay for what they didn’t need.

The Republicans believe that a free market solution would reduce healthcare costs more effectively. President Trump, therefore, campaigned to repeal Obamacare. His suggested replacement would allow insurance companies to set their own prices and for companies to choose whether to insure their workers.

Little progress has been made so far. Though Obamacare still exists, President Trump has done all he can to weaken it. For instance, he signed the Tax Cuts and Jobs Act last year to repeal the Obamacare tax for 2019. Because some other regulations are still in place, this could potentially result in a downward spiral of increased premium prices and dropped coverages.

There are people both for and against President Trump’s proposed healthcare system. Regardless, the reform process will not be a smooth one. As technology advances, the healthcare industry is undergoing never-before-seen changes, and the U.S. will have to navigate them on their path to affordable healthcare.

Amadeo, Kimberly. “Obamacare: Simple Enough to Explain to Your Kids.” The Balance, 6 May 2018, www.thebalance.com/obamacare-explained-3306058.

Millward, David. “What Is Obamacare and Why Does Donald Trump Want to Repeal the Affordable Care Act?” The Telegraph, Telegraph Media Group, 31 July 2017, www.telegraph.co.uk/news/0/obamacare-does-donald-trump-want-repeal-affordable-care-act/.