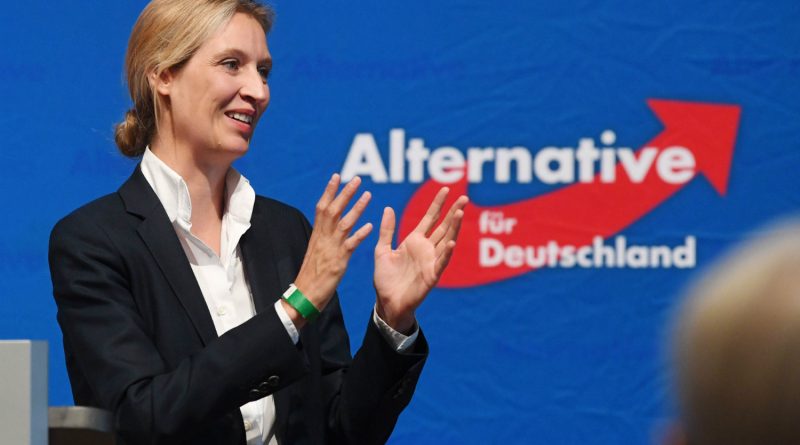 Depending on the discipline, the term populism can refer to anything from a policy of spending leading to hyperinflation, to a general term for a demagogue. When it comes to most of its use these days however, populism is used to describe a political tactic that pits the so-called “common people” against a supposed enemy with the depicted qualities of being homogenous, outsiders, and antagonistic towards the “common people.” The tactic focuses the rage of people dissatisfied with the status quo against the “enemy.” This enemy can take the form political elites, as depicted by Trump before the 2016 presidential election; refugees and Muslims, as used by the AFD in Germany and the Law and Justice Party in Poland; the rich, as used by communist regimes across the Eastern Bloc before 1989 and by more modern socialists like Bernie Sanders and AMLO, or even the Jews, as used by the Nazis under Hitler. A populist is a person who uses the tactic of populism, and poses to be the only person capable of stopping the “enemy” to save the “common people.”

Populism is a tactic that can occur on the political spectrum from the left to the right. Leaders great and small from across history can be considered populists, Napoleon, Genghis Khan, Hannibal Barca, Lenin, Stalin, Hitler, Ivan the Terrible, and Vlad the Impaler to name but a few. But before we throw the baby out with the bath water, it is important to note that while tyrants and oppressors like those already mentioned are populists, so too are some of the greatest heroes of history and our modern age. People like Winston Churchill, FDR, George Washington, and even Cleisthenes who invented democracy in ancient Athens, were all populists.

It is easy to damn populism as an inherently evil force that oppresses and destroys, but that is simply untrue. Populism is an inherently dangerous force because of its nature to push people to go above and beyond social norms, but it’s not necessarily evil. Populism is a unifying force against an unsatisfactory status quo with the aim to create change that often seems radical. The only things that are certain when populism rears its head are instability, and for better or for worse, some serious questioning of what is, or was, considered to be normal.

Populism On the Rise

Several previous articles have already been on modern-day populists like AMLO in Mexico, Duterte in the Philippines, and Trump in the United States. This is not the full scope of today’s populism, it is much more significant and much more worrying for those with a vested interest in the world as it is. Democracies around the world have elected populists. Some have been in power for a while, some are part of a newer wave. A list of countries under populist leadership would include the Philippines, the United States of America, the Russian Federation, Poland, Hungary, Austria, debatably the Ukraine, Romania, Brazil, Turkey, and more.

In recent years there has been a noted rise in support for populists across the West, and while those populists may not be in power, populists do hold a concerning amount of influence in France, Britain, and Germany. All of them were thought to be strongholds of the status quo in Europe. Nigel Farage, a populist, was the engineer of Brexit. In addition,the AFD party in Germany is the first seriously right-wing party to hold any significant sway in the German government since the Nazis in World War II. It is the third largest party in the Bundestag at 94 seats.

In Eastern Europe, the nationalistic populist Viktor Orban leads Hungary down an ever worrying path. He has closed his nation to refugees and made assisting refugees in any way an offence punishable with jail time. Not to mention the fact that he has overseen a government that together with their populist allies in Poland, and is increasingly willing to pick fights with western powers like France and Germany.

The End is Nigh?

As a political force, populism has very little staying power. If there is a perceived lack of progress against the supposed “enemy,” then people will soon turn against their populist leader that appears to be incapable of making good on their promises. Robespierre and leaders like him discover this the hard way. Likewise, if people no longer feel that what their populist leader wants to fight is a threat, then that leader will very quickly find themselves out of the job, such as with Winston Churchill. This is happening in Poland where the Law and Justice party, the leading nationalistic populist party has just lost every major city in Poland during one round of municipal elections. Many are pointing to this as the beginning of the end for populism in Poland, and potentially beyond.

“Populism: The Rise of This Political Trend in Europe.” Time, Time, time.com/time-person-of-the-year-populism/.