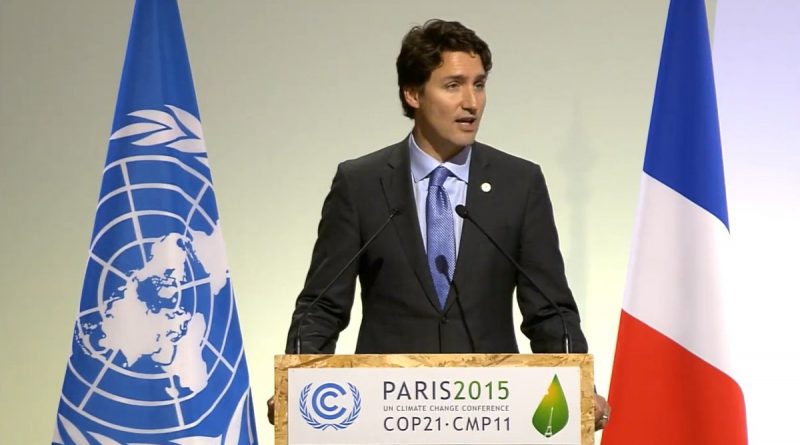 After a history of constant failures, Canada finally takes a serious step towards emissions reductions.

As one of the world’s most robustly developed nations, Canada’s track record on climate change has been inconsistent at best. Repeated failures to keep climate promises have tarnished the Canadian image globally. After the election of Prime Minister Justin Trudeau in 2015, however, climate policy has become increasingly important. The federal government’s hallmark carbon tax plan is set to come into force in January, making now the time examine Canada’s stance on climate change.

Early History and The Kyoto Protocol

Soon, it became clear that the Kyoto Protocol would dolittle to affect worldwide emissions. Many countries saw no point to the protocol because the US, the world’s largest polluter, refused ratify it. In 2011, Canada became the first to withdraw from the protocol, avoiding potential fines for failing to meet targets. Prime Minister Stephen Harper criticized the lack of effort directed towards major polluters such as China and the US, promising a “Made in Canada” climate plan instead. Critics of Harper’s policies point out that no such plan materialized, arguing that his government excessively prioritized the development of Canada’s economy (such as the Alberta and Saskatchewan oilsands) over environmental degradation.

Trudeau’s Election and the Paris Agreement

Justin Trudeau’s 2015 election campaign advertised a solid Canadian stance on climate change and promised change from the nine years of Harper’s “inaction.” A month after his election in October, Canada ratified the Paris Agreement and vowed to reduce emissions by 30% before 2030.

Climate advocates claim that Trudeau still isn’t doing enough about climate change. They state that his targets are based on Harper’s, which Trudeau himself has decried as inadequate. Furthermore, Trudeau’s approval of pipeline projects such as Enbridge’s Trans Mountain expansion has left many questioning whether Trudeau is truly dedicated to stopping climate change or if he simply seeks to attract votes.

However, Trudeau’s government does have some substantial policies, the most significant being a federal carbon tax. Canadian provinces and territories are now required to adopt an emissions pricing system that meets the federal requirement of $50 per metric tonne of greenhouse gases by 2022. Otherwise, the federal government will step in and impose its own cap-and-trade system on the province.

Cap and Trade Explained: A cap-and-trade system is a market-based approach to reducing emissions, unlike a regulatory approach like a carbon tax. Instead of paying fees on their pollution, the government sets a limit, or “cap,” on how much each company can pollute. Low-polluting companies can trade their excess “cap” to high-polluting ones, thus encouraging all companies to reduce their emissions to save or even make money.

The only two provinces with existing taxes on carbon are British Columbia and Alberta, with $35/ton and $30/ton taxes, respectively. Ideally, Trudeau’s plan would bring carbon taxes (currently regulated by each province) to a federal level, allowing the entirety of Canada to be on a level playing field. Opponents criticize this plan a federal “sledgehammer,” forcing their climate agenda on provinces rather than working with provincial leaders to develop solutions.

Among the opponents of Trudeau’s plan are the premiers of Ontario, Saskatchewan, Manitoba, and New Brunswick, who argue that a federal tax is unconstitutional and places an intolerable burden on the province’s people and economy. Nonetheless, all provincial leaders have agreed to comply, except Ontario’s newly-elected premier Doug Ford who has instead earmarked $30 million for a court battle with the federal government after he cancelled his province’s carbon tax scheme this July. This costly legal battle could have little effect in reversing Trudeau’s plans. Manitoba’s court appeal ended in a ruling favouring the federal government, while Saskatchewan’s appeal won’t be heard by courts until 2019.

For all intents and purposes, the carbon tax looks final. Although Canada makes up less than 2% of the world’s emissions, a successful carbon tax could signal that Canada is finally ready to take climate change seriously.