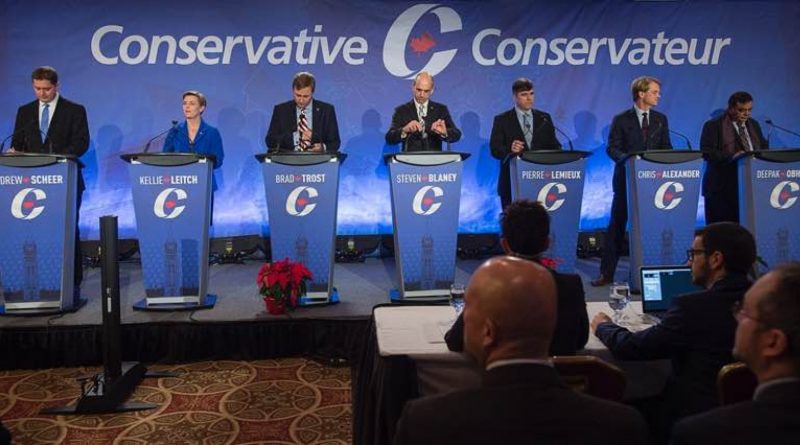 Who’s next in line for the Conservative leadership?

With the federal election resulting in a minority Liberal government, the Conservative Party of Canada has been thrust into the limelight as Prime Minister Justin Trudeau’s main opposition. Upon being voted in as the second largest party, however, Conservative leader Andrew Scheer resigned as Conservative Party leader on December 12th, 2019. After a lacklustre election campaign, disappointing voter support in numerous provinces, behaviour that engendered internal dissent within his party, and the discovery that he was using party money to pay for his children’s private school tuition, Scheer was left with no choice but to resign. For the time being, he serves as interim leader until a new leader is appointed.

While Members of the Legislative Assembly, the provincial representative body of Canada, are elected by civilian voters in regional polls, leaders of the Conservative Party are voted in by party members. The criteria is especially difficult this year; to be considered “verified candidates”, candidates will need to donate $300,000 to the party, including a $100,000 refundable compliance deposit (a payment whose refund is contingent on the performance of the contestants). Candidates also will need to find 3,000 signatures from voters in support across the country. They need to do this all by March 25th, 2020 in order to get on the ballot for the official leadership convention on June 27th, 2020, in Toronto.

As of now, three contestants have competed for the spotlight. Peter MacKay, 54, was a Nova Scotia Member of Parliament who served in some of Conservative prime minister Stephen Harper’s top cabinet posts – Foreign Affairs, Defence, and Justice – but decided not to run again in 2015’s election, which the Conservatives ended up losing. Only a couple weeks after Andrew Scheer officially resigned, MacKay made a cryptic announcement on Twitter regarding his potential involvement in the upcoming election. Half a month after the tweet, he made it official at a launch event in Stellarton, N.S. The next leading candidate is Erin O’Toole. At 46 years old, he is a former military officer and lawyer who entered the House of Commons in 2012 for an Ontario riding. He was briefly Stephen Harper’s Minister of Veterans Affairs and finished third in the 2017 Conservative Party race to replace Harper as leader. He launched his 2020 leadership campaign from Calgary on January 27, with a promise to “unite Conservatives on the path to victory.” Finally, Marilyn Gladu, 57, is a chemical engineer who won the Ontario seat of Sarnia-Lambton for the Conservatives in 2015 and who was re-elected last year. In the House, she’s been the Conservatives’ critic for health and science. She was the first major entrant into the leadership race, announcing her plans on January 9.

Even with these three distinguished figures, qualifying for the convention will be a tough, uphill battle with the newly enforced restrictions. Hoping to avoid another public relations fiasco, the Conservative Party has started to tread very carefully with their endorsements. Moving forwards, the party will be forced to focus more and more on their damaged optics in the face of the oncoming term.